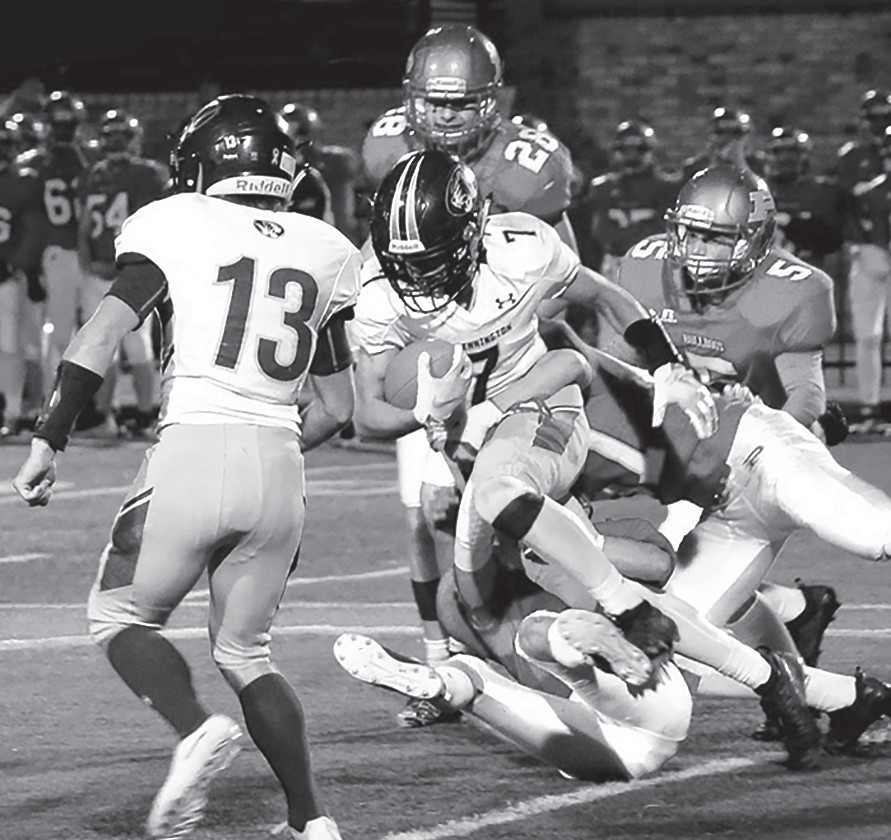 The Cleveland Panthers’ season came to an end Friday in the first round of the state playoffs. The Panthers took on the Sulligent Blue Devils losing 21-27.

The Panthers struck first at the end of the opening quarter with Elijah Longshore finding Samuel Aycock open for a 35-yard touchdown pass. The Panthers led 6-0 at the end of the first. The Panthers scored again early in the second with Matt Walker finding the end zone for an 8-yard rushing touchdown. Longshore added the two-point conversion to put the Panthers up 14-0. Walker scored again late in the second from 11 yards out. Jonathan Hernandez added the extra point to boost the Panther’s lead to 21-0 at the half.

Neither team scored in the third quarter. Sulligent finally answered the Panthers in the fourth. The Blue Devils scored four times in the fourth quarter ending the spectacular comeback on a pick six to give the Blue Devils a 27-21 lead and the playoff victory.

Defensively, Pierce Gilliland had 10 tackles; Aycock had six tackles and an interception; and Logan Richardson had nine tackles.

The Panthers end their season with a record of 5-6, 3-3. The Panthers put together an excellent season despite a slow 1-4 start. They managed to go 4-1 on the back half of their schedule securing a spot in the playoffs.