Panthers fall in first round

Cleveland put together an impressive offensive night with 408 total yards. 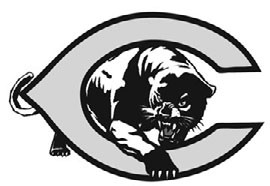 The Cleveland Panthers gave favored Lexington all they could handle in the first half but the Golden Bears pulled away over the final two quarters for a 45-18 victory last Friday night.


Lexington took the opening drive of the game 70 yards in just six plays to take a quick 7-0 lead but the Panthers answered with a 30-yard touchdown pass from Dusty Cornelius to Chas Cornelius to pull within one at 7-6.

Lexington got a touchdown just before the break to lead 24-12 at the half.

Cleveland was forced to play without Dusty Cornelius in the second half and it didn’t appear to hurt the Panther offense early.

Chas Cornelius got the Panthers on the board to start the second half on a 1-yard run and the homestanding Golden Bears led just 24-18.

However, the Panther offense was unable to get on the board for the remainder of the second half and the Cleveland defense was forced to stay on the field for long stretches as the Golden Bears reeled off 21 unanswered points.

The powerful Lexington offense finished with 535 yards on the night.

Cleveland put together an impressive offensive night with 408 total yards.

Dusty Cornelius played just the first half but completed 7 of 11 passes for 164 yards with two touchdowns and one interception.

Gammon led the Panthers with eight receptions for 206 yards and a touchdown. Luke Awtrey and Trevor Yates each had a reception.

Lexington improved to 10-1 on the year while Cleveland ended the season at 5-6.