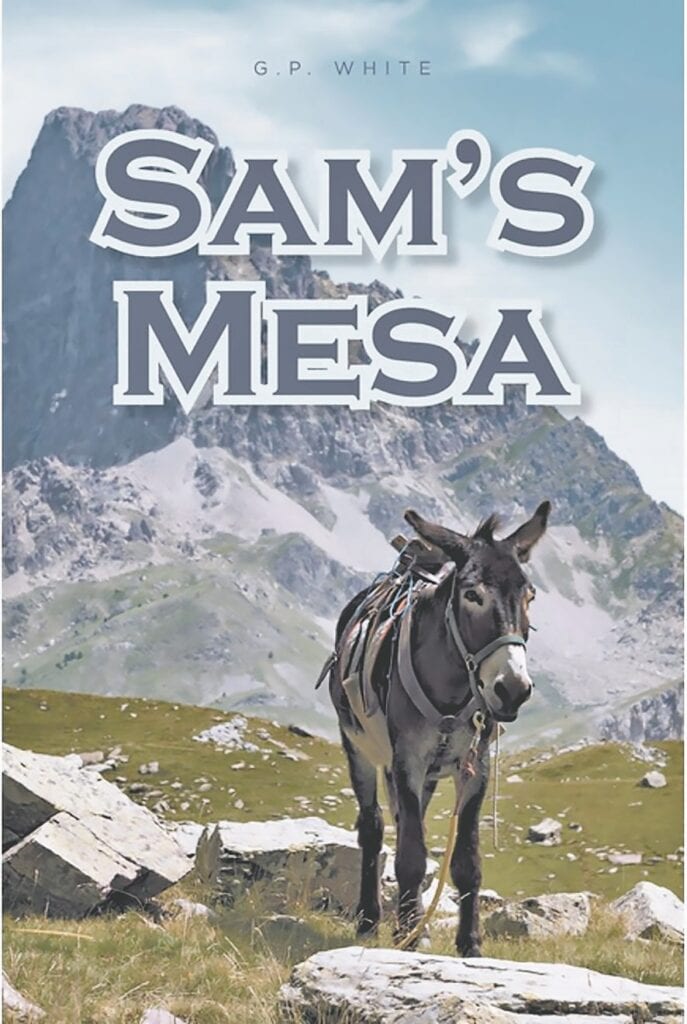 People are getting creative while being at home during the pandemic. Take James “G.P.” White, for instance; he became an author at age 86. He was accustomed to traveling places to visit friends at the local café and going to the library anytime he pleased.

“He loved to read! He went to the library all the time to get books. He was always reading. He even drew a small dove in the front cover, reminding him what books he had read at the library,” his granddaughter Melanie Martin Trimm said. (Trimm is the daughter of Kathy Martin of Blountsville).

However, when the pandemic began, Trimm was genuinely concerned. “G.P.,” short for Granddaddy Pete, lived with her, her husband, and their two children on a cattle farm in Brooksville. The two had a conversation about their concerns. “I was like, no, you’re not going anywhere,” and he replied, “I want to go and do.” She said, “I know, but it isn’t worth the risk as we don’t know much about the pandemic.” 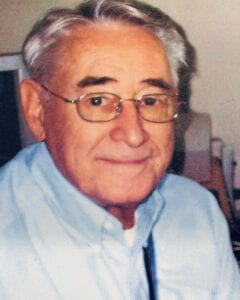 White was trying to come up with some creative ways to pass the time when Trimm’s cousin suggested he write about some of the ideas he had. So, he decided he had read so many books already that he was just going to try to write one.

His favorite author was Louis L’amour, who wrote old western novels. He began writing Sam’s Mesa, which is “a tale of one man’s life beginning in his teens, covering several escapades and losses within the family status. He acquires a riding mule under strange circumstances; it is the ghost mule of the Sioux Indian Nation. While in his time of grief, the mule takes him to the magic mesa of the Indians. Here, he regains his love of people through the saving of a young lady. Then he discovers that the mesa makes strange music that the Indians regard as sacred.” (taken from back of book)

“At first it was just a way to pass the time because his concerned granddaughter wouldn’t let him go anywhere,” Trimm said. “Then it became just something he loved. He kept wanting me to read it. He did so much research.”

One day, Trimm recalled, she found him sitting in his room with an atlas and a map trying to research locations and times of that period. “He wanted to know what people would have actually been going through in that time. He enjoyed that so much because he got to learn how people lived in those time periods,” Trimm said. “I’ll never forget.”

White came across an ad for Covenant Books somewhere and investigated the publishing company. After discovering they were a reputable company, he submitted his book.

“The company jumped right on it and thought it was exceptional,” Trimm said. “All of a sudden, an 86-year-old man had a deal with this publisher. It was pretty incredible. I am the proud owner of the first signed copy.

“I will never forget him saying to me, ‘Well, I am going to have to dedicate these books to you,’ and I asked why? He said, ‘well, if you had never locked me in here, I would not have written them,” she laughed at that memory.

It was not long after White submitted the first book that he told Trimm he had started on his second book in the series of four.

“It was a very cool way to do the story,” she said. “It started with a man and the legacy he leaves. The second book is about his son, the third about the granddaughter, and the fourth goes along with the legacy that one man left.

“He wrote all four in 2020. He wrote every single day. He also picked out the cover for the book. He drew his idea for the cover and the publisher designed a cover based on his drawing.”

His granddaughter said, “He was always a great storyteller, but that wasn’t his only talent. He also was an artist, singer, woodworker, and enjoyed playing the guitar. He was incredible. I think it’s incredible because for us… it’s him. He has left such a legacy for us, with our family. He is so beloved and we just miss him so much.”

Sam’s Mesa can be purchased on Amazon and other bookstores under the name G.P. White. Blountsville Town council member Tyler Cantrell is working on having copies available at the Blountsville Public Library soon. White’s second book is currently in the editing stages with a possible release later this year.