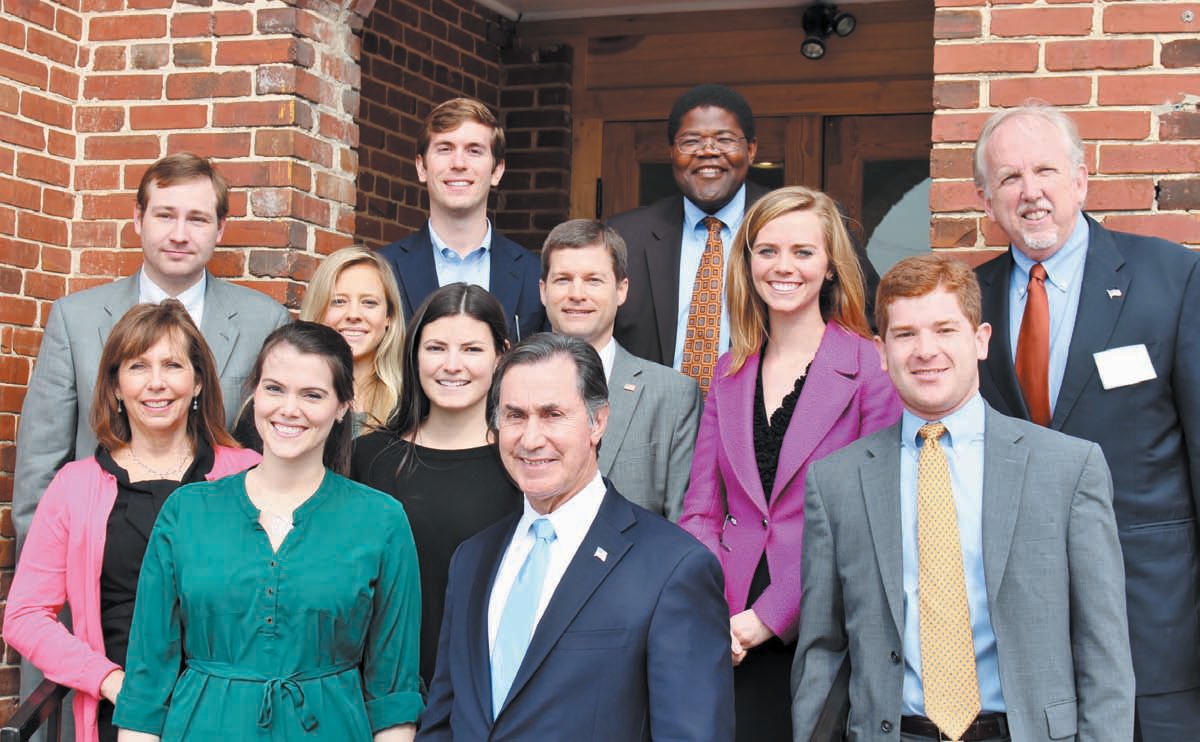 At a town hall meeting at the Little Brick Church last week, District 6 U.S. Rep. Gary Palmer warmed the audience up with this opening observation:‘Well, by way of overview, I’ll tell you Washington, D. C. , gets more messed up every day.’ (Timing pause.) ‘But compared to what’s going on in Montgomery…’ He let it hang there and audience laughter completed the thought better than words.

In his report, Palmer touched on the problem of controlling government agencies over which Congress has lost the power of the purse, the problem of curbing the tremendous volume of new regulations each year, and the need to control massive governmental inefficiencies due to misdirected payments and uncollected taxes. He also more or less artfully dodged a question from the audience on the dangers of fracking, which is not consistent with his abiding interest in exploiting great U.S. reserves of natural resources.

Palmer received an award from Blount County Schools representative Mitchie Neel, expressing thanks for his participation in last year’s blended learning program for county students. Using the blended learning lab at Locust Fork High School, students were able to interact via virtual appearances with government leaders at the local, state, and national level, including Palmer, who represented Congress.