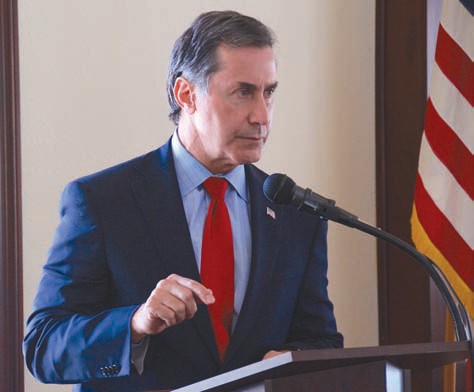 U.S. Rep. Gary Palmer, representing Alabama’s 6th District including all of Blount County, announced during a visit to Oneonta last week that he will open a field office in Oneonta City Hall. It will be the first legislative office in Blount County for a number of years. The office, to be manned by a member of the congressman’s staff, will be open the second and fourth Wednesdays of each month, Palmer announced in a release Monday. The office will allow constituents to meet with congressional staff concerning issues with federal agencies, or to express their concerns to the congressman through his staff. The number at the Oneonta office is 274-2136. If no one answers that line, it will roll over to the congressman’s Birmingham office. Palmer’s Washington office phone is (202) 225-4921. An email address that will reach him there is Anne-AllenWelden@mail.house.gov. The Oneonta office is expected to be in operation within the month.