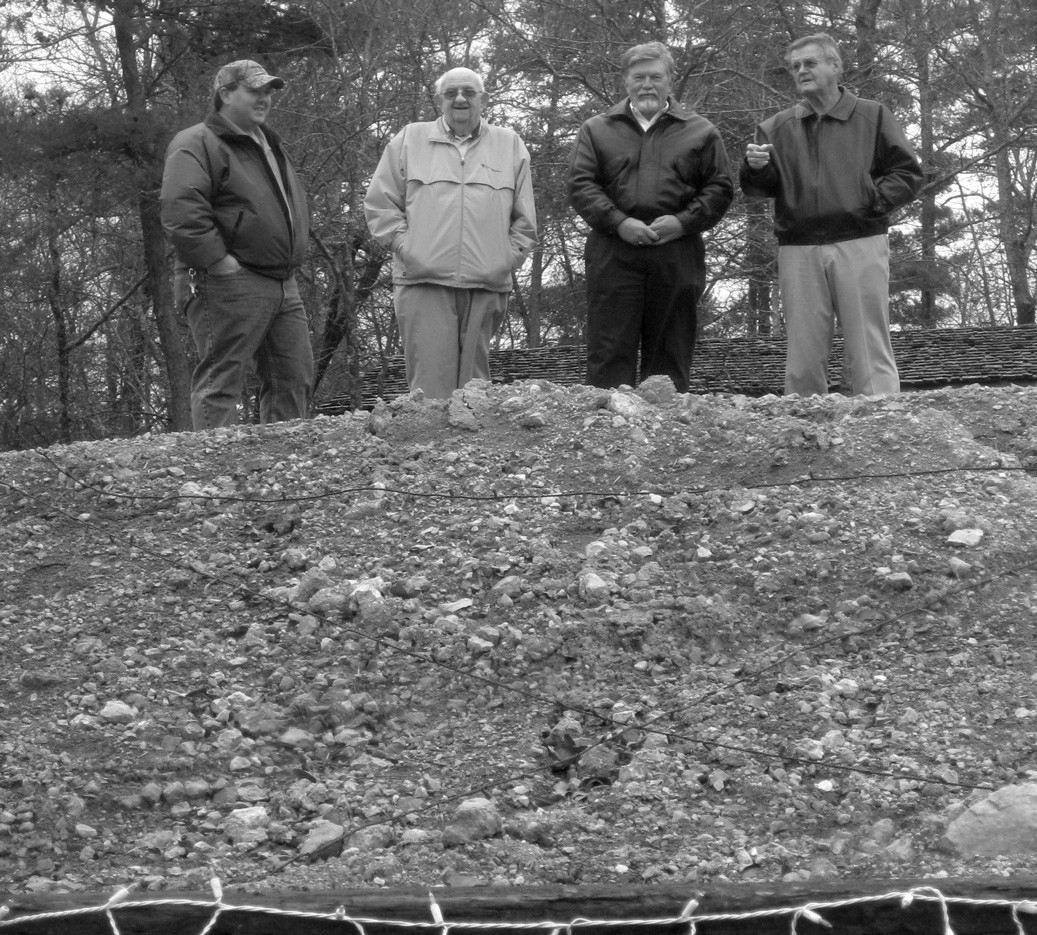 Long-awaited site work for the new children’s playground at Palisades Park is now complete. Shown above are four men who helped make it happen: (from left), park manager Jeff Todd, grant writer Eldridge Bynum, former District 3 Commissioner Tom Ryan, and District 4 Commissioner Waymon Pitts. Crews from both districts hauled some 2200 tons of fill dirt – 88 dump truck loads – and graded the two sites for the $100,000 project. Funds were provided by two grants: one from the Land and Water Division of the National Park Serivce and one from Cawaco, plus in-kind site work contributed by the county. Two sites, about 75 feet apart, were required to create enough level area to erect the new playground equipment. Older equipment was replaced to conform to the Americans with Disabilities Act. Equipment for children ages 2-5 will be at the upper, smaller site, while the larger, lower one will be for children 6-12. New equipment will be installed for use next summer, following finishing touches on landscaping this spring. – Ron Gholson