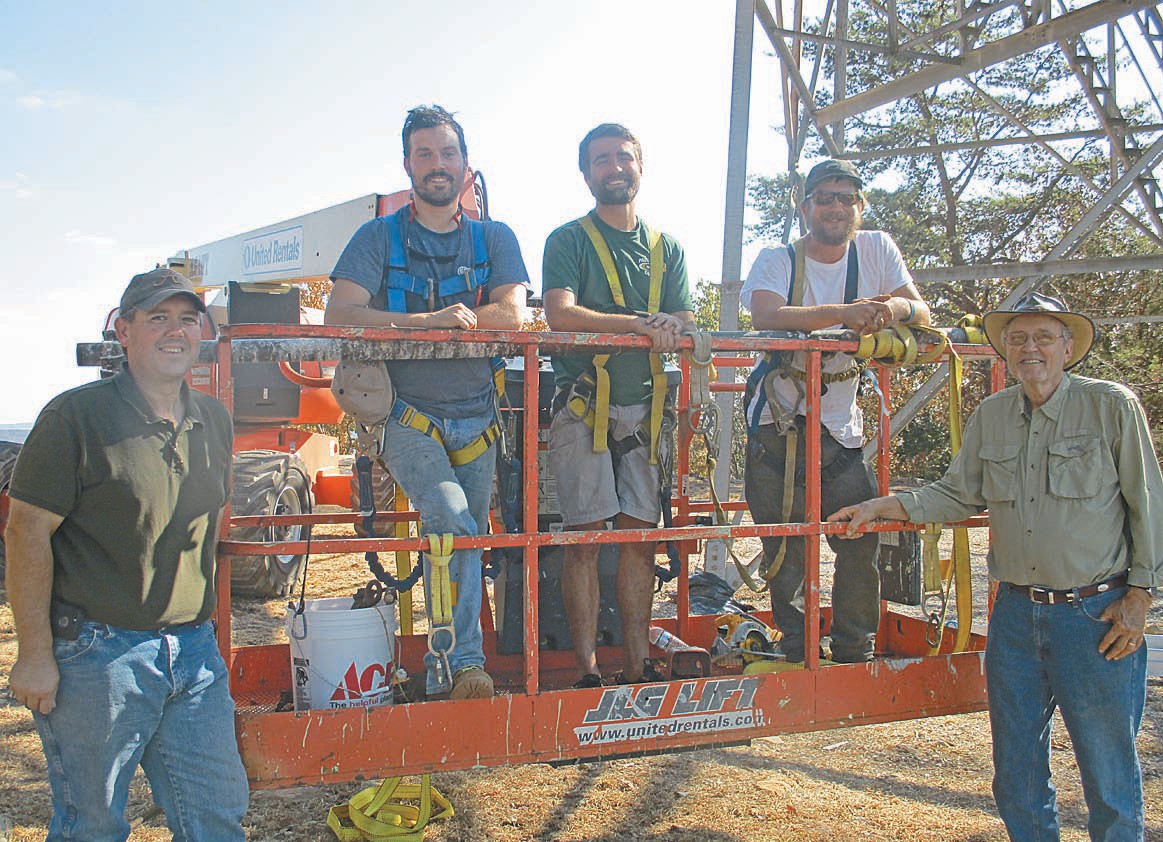 A crew of fire tower renovation specialists with Davana LLC of Bloomingdale, New York ascended the fire tower at Palisades Park last week to begin final stages of reconditioning before the structure is opened to the public early next year, according to Palisades Park Board member Jerry Jones. For safety reasons, visitors are discouraged from approaching the structure, however, until it is officially open to the public.

From left, Palisades Park manager Jeff Todd, Davana employees Daniel Mason of Saratoga Springs, NY, Zack Davidson of Charlottesville, VA, Adam Mcintosh of Dansville, NY, and Jones take a photo break following an 80-foot, high-altitude work session in the lift basket by Davidson and McIntosh. It was Davidson’s first day on the job, who said he did fine as soon as he was able to relax his death grip on the basket rail. 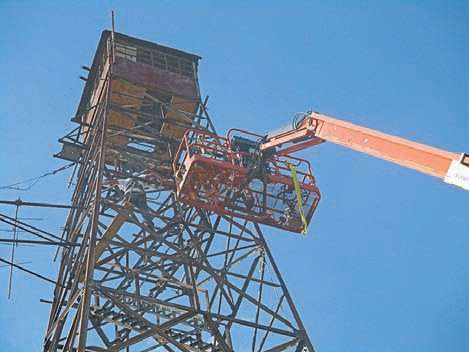 The crew will take about a week to complete renovation work, which includes reflooring and reroofing the cab, reinforcing some structural components, and painting the entire tower. The Davana company is a rare breed of contractor that specializes in repairing, renovating, building, and relocating fire towers in sites around the U.S. and in the Caribbean, including the next job on the schedule at Guantanamo Bay, Cuba.

When the tower is opened to the public, individuals will be able to climb the ladder to the cab where a breathtaking 360-degree view of Blount County from 100 feet above the ground will reward their efforts. It’s been said seven surrounding counties can be seen from the top, but The Blount Countian did not confirm the claim. One county official, declining to estimate the distance, said, ‘I don’t know how many miles you can see, but it’s a pretty fur piece. ‘