Page named Firefighter of the Year 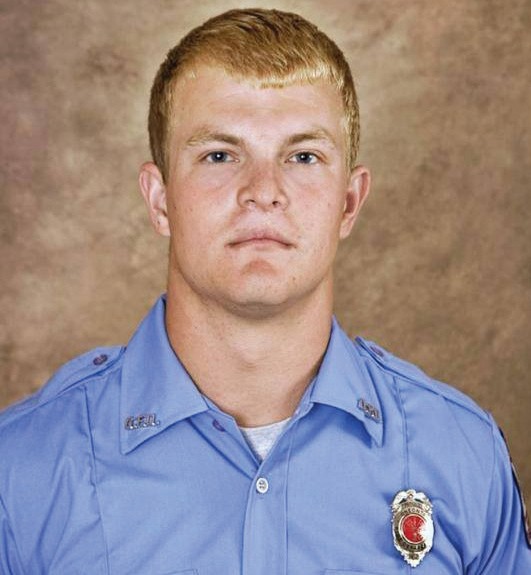 have been surprised when he found out he was the 2013 Firefighter of the Year, but Chief Arthur Willis was not.

“I’ve been around firefighters for 26 years, and in my book, Zach is what a firefighter should be – physically, mentally, intellectually,” Willis said.

Page, a 2010 Oneonta graduate, said he first became a firefighter because it provided a hands-on job where he could make an immediate impact.

“Zach is one of the hardest working individuals I have ever been around whether it’s working around the station or at the scene of an incident,” Willis said. “Sometimes you have to run just to keep up with him. He’s always working.”

Willis said this honor is special considering the way it is chosen. In many other departments, the firefighter of the year is chosen by the chief or a selected committee, and normally, it would be based off one extraordinary event that occurred during the year.

“Here, firefighter of the year is chosen by peers – the other firefighters in the department,” he said. “These are the people he’s been around the entire year. He’s chosen because his peers see what kind of firefighter he is day in and day out. It’s not just one act. It’s the way he lives all the time, and it’s an honor to be chosen by peers rather than an individual.”

Page said his favorite part about being a firefighter is hanging out with his fellow firefighters, and Willis says that is evident in the way he enjoys working as a team, but he also exceeds in his individual abilities.

“In my time here, he’s the type of person that does what needs to be done, but also thinks above and beyond and comes to me with new ideas on how to do something,” Willis said. “He’s the ultimate professional. He loves to train and go to classes. To be honest, being a firefighter is something he lives and breathes.”