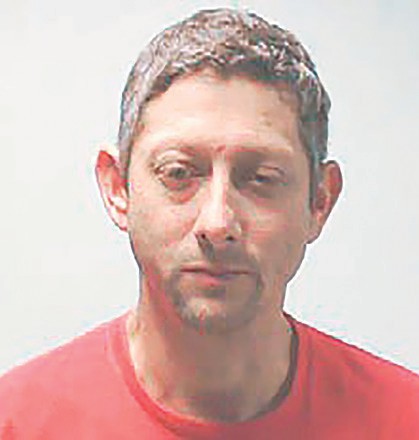 Blount County District Attorney Pamela Casey announced Monday that former Oneonta Police Sergeant Nicholas Shane Osborn had entered a blind plea to charges stemming from a May 2017 incident where he was accused of having sex with a 15-year-old boy.

Osborn pleaded guilty to electronic solicitation of a child and second-degree sodomy, both Class B felonies punishable by up to 20 years in prison for each. He is also charged with enticing a child for immoral purposes, a Class C felony for which he can be sentenced to 10 years in prison. In addition, he pleaded guilty to a misdemeanor charge of reckless endangerment. A blind plea in Alabama means the defendant enters a guilty plea without having a plea agreement with the state, and the court will impose the sentence the judge feels is appropriate. A sentencing date has not been set.

Casey said court documents show that Osborn, 39 at the time, met the victim on the Grinder app. Osborn met the youth later on the same day while on duty and driving his patrol vehicle. He took the victim to a local church parking lot where “Osborn engaged in deviate sexual intercourse with the minor child.”

The lead investigator in the case was Agent Justin Kinney from Alabama Law Enforcement Agency State Bureau of Investigation.

Before the more serious crimes came to light, Osborn had been fired from the department following a DUI arrest in St. Clair County in August 2017. That case is still pending.

Casey said, “Electronic solicitation of children is a continuously developing dangerous trend. I want to once again remind parents to check your child’s phone. Supervise their time on the computer. Do not leave your children exposed to the dangers presented by social media and the web.” Casey posts informative videos about various apps on her Facebook page.