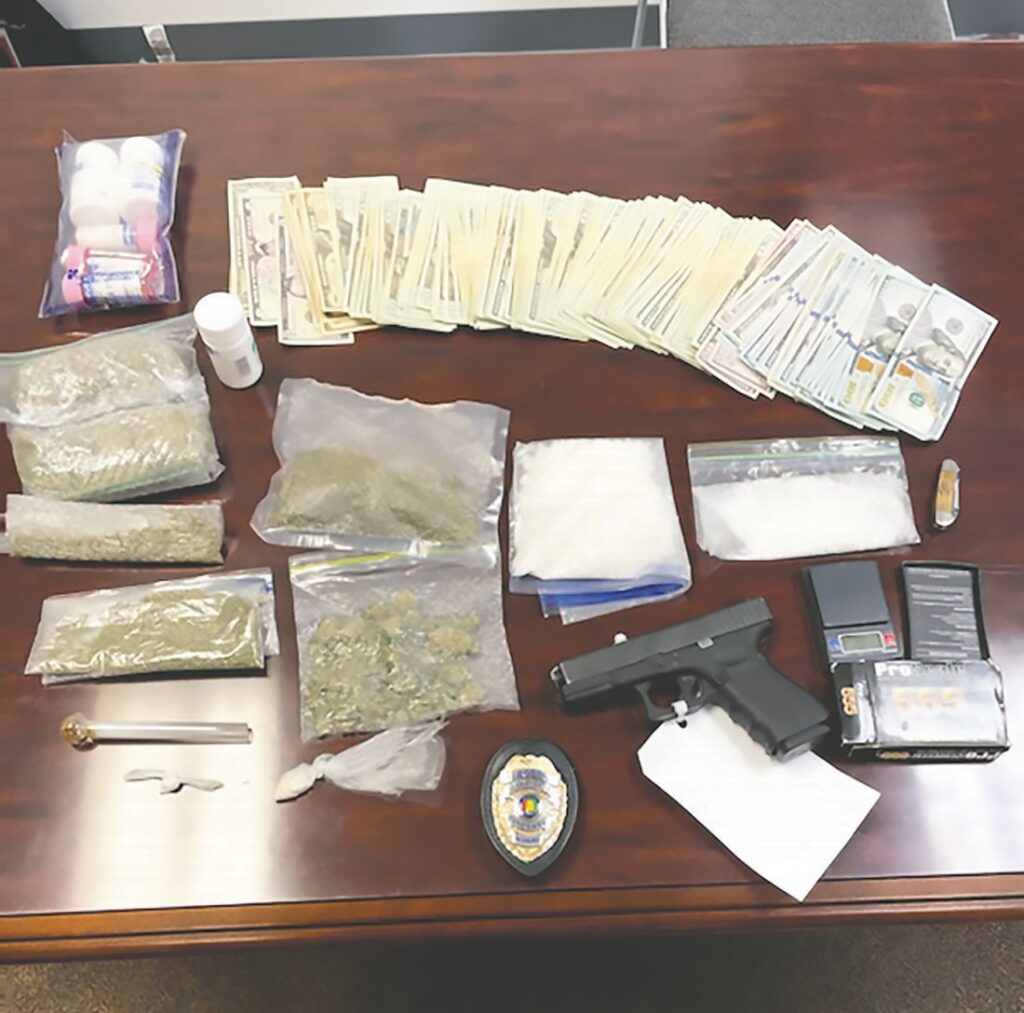 Oneonta Police Department K-9 Boogieman, along with his handler Officer Ryan Pinyan, stopped to help a motorist on the side of the road on Oct. 1. That roadside assistance soon turned into a $17,000 drug bust when Pinyan noticed some drug cues, including an exposed firearm that led him to believe there was more going on than just a broken-down vehicle.

At Pinyan’s command, Boogieman sniffed out approximately one-half pound of crystal methamphetamine and more than one-half pound of marijuana, as well as crack cocaine, powder cocaine, and a hodgepodge of prescription medications. Some of the prescription medications included controlled substances. The street value of the seized drugs is estimated to be between $6,000 and $10,000. In addition to locating drugs, Boogieman also discovered a loaded firearm and more than $7,000 in cash. This was his biggest drug seizure thus far.

Oneonta Police Chief Charles Clifton said, “Police departments are only as good as the communities they serve. Our community is excellent, therefore excellent is what we strive to be.” In addition to congratulating Pinyan and Boogieman on this arrest, Clifton also congratulated Sgt. Steven Adamson for his assistance in the investigation after the arrest.