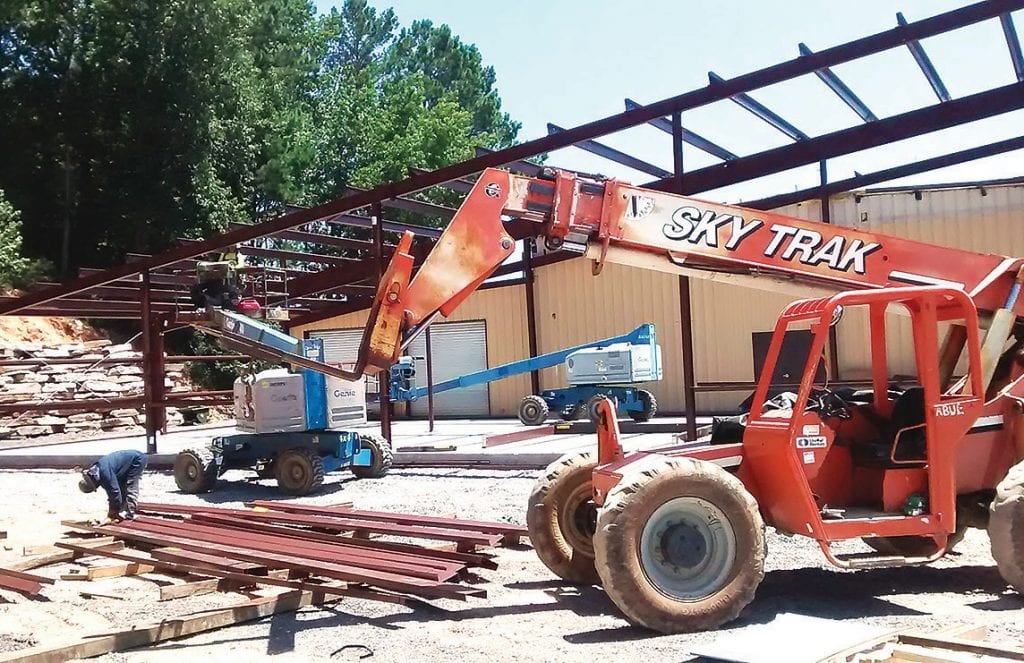 Last week Oneonta City Manager Ed Lowe reported to the council that ‘steel is going up at Wallace State’ and that phase of the project should continue over the next few weeks. The new addition will become a training shop expected to be completed by in August.

It’s like Christmas in July for the Oneonta Police Department following a recent used-equipment auction which yielded $39,000 for the department to put back into new and needed items.

The Oneonta City Council heard a report on the auction from councilman Richard Phillips and approved his motion to allow the department to use slightly more than $17,000 to buy car cameras, printers, computers, bicycles, light strips, and other items leaving a balance of $22,000.

In other matters, the council, on motions by councilman Danny Robinson, approved the reappointment of Delynn Gibbs and Allen Stoffregen to the utilities board.

Oneonta City Manager Ed Lowe reported that Hanvey Golf Management is seeking an amended alcohol license so that golfers, if they desire, can take their drinks out on the golf course. Lowe said the Alabama Alcohol Beverage Control Board has already approved two licenses for the pro shop and restaurant, but suggested an amended license to cover the actual golf course.On a motion by Phillips the council gave their approval.

Councilwoman Tonya Rogers and Oneonta Fire Chief Kenneth Booth informed the council that the Oneonta Fire & Rescue Department is one of two departments in the state selected to participate in a community risk reduction pilot program.

Before adjourning the council discussed plans to hold a joint work session with the Park and Recreation board. A date will be announced at a later time. Nathaniel Butler and Hal Blackwood were also in attendance. The council meets regularly on the second and fourth Tuesdays of each month at 5:30 p.m.