Oneontans call for right to vote on alcohol sales 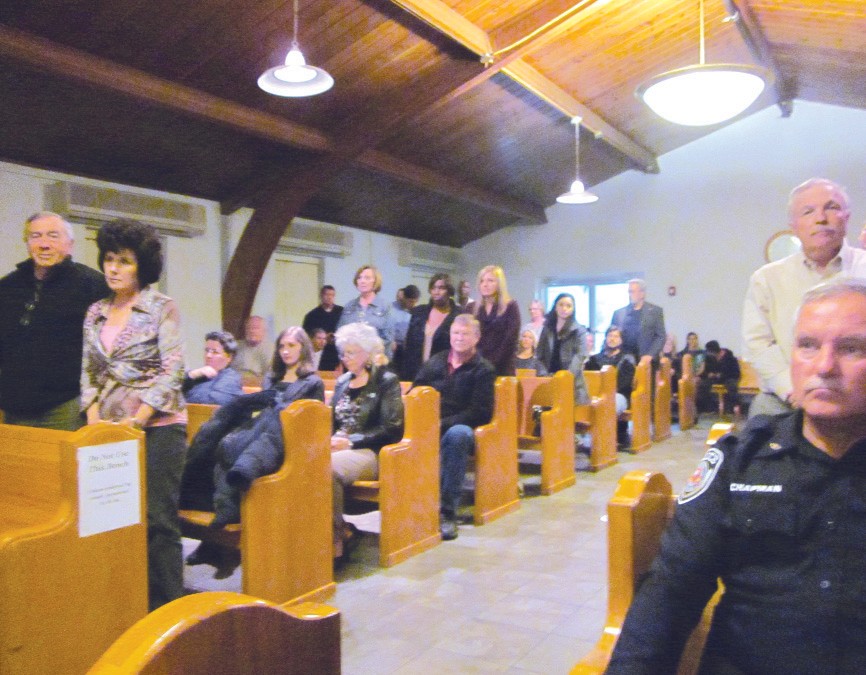 The chambers were full for last’s week’s meeting of the Oneonta City Council.

Richard Phillips, Bonnie Peavy, and Lisa Wester addressed the Oneonta City Council at its regular meeting last week, asking that city residents have the opportunity to vote on legalization of alcohol sales.

Speaking first, Phillips noted a majority of the city’s voters, along with voters from other municipalities in the county, expressed their preference to legalize alcohol sales in the recent referendum. He objected to special legislation which prevents Oneonta from exerting a right other similar sized Alabama municipalities enjoy to make that decision within their limits rather than through a county-wide vote.

Peavy followed Phillips and asked those in attendance who share the trio’s view to stand. Scores did. While only 56 names appeared on the council sign-in sheets, there appeared to be many more in attendance. The 56 included 21 Oneonta High School government students observing the meeting, some of whom joined in the demonstration call. Wester indicated she felt her cohorts had conveyed their message adequately and opted not to speak further.

All councilors, except Tonya Harvey, voiced support for the issue reframed as the “right to vote.” Mark Gargus contended the matter is not based on one’s position on alcohol; he asserted that should the Governor declare the entire state “wet,” Oneonta would not have the opportunity to decide otherwise under the present arrangement.

The council handled several personnel matters prior to the citizen comments. Councilors unanimously hired Pamela Guin and Nathan Gardner as new employees with the library and police department. They voted to advertise for a part-time library circulation clerk. They also approved the reappointment of Carl Frey and Gary Reid to the library board.

In one other act, members approved an adjustment to the city’s business license fee as permitted by state law. The amendment will raise the issue fee to $12.

Mayor Ross Norris and councilors Hal Blackwood, Tim McNair, and Danny Robinson joined Harvey and Gargus for the Nov. 27 meeting. The council holds its regular sessions the second and fourth Tuesdays of each month at 5:30 p.m. at city hall.