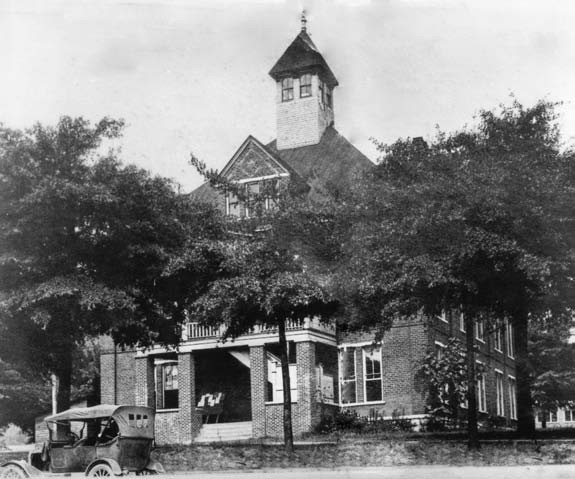 True to it’s motto “A small city with big ideas,” when Oneonta’s main chance came to rise in the world in 1888-89, it made its move with vigor. In 1888, it was still a sleepy village with a post office, a telegraph office, three stores, about a dozen residences, and the Farmer’s Alliance Building, housing a post-Civil War organization dedicated to offsetting the ill effects of the crop-lien and sharecropper system on farmers.

But that wasn’t to be the vector driving Oneonta toward its date with history. Two other forces were. One was the Birmingham Mineral Railroad, which extended its line to Oneonta that year – with a depot to boot – in order to serve the newly-opened Champion Mine, wresting rich, brown iron ore from the hills and developing its own thriving community two miles east of town.

The other historic force was the courthouse. It “came” to Oneonta the very next year, and Oneonta set sail for the future as a budding area commercial and government hub. (Actually, “came” is pretty much of a feeble euphemism for how Oneonta became the county seat, but that’s another, oft-told, story.)

Within just 12 years, Oneonta virtually exploded from that sleepy village of fewer than 100 mainly farm folks to 583 souls and a burgeoning retail base at the turn of the century – the century-before-last, that is. 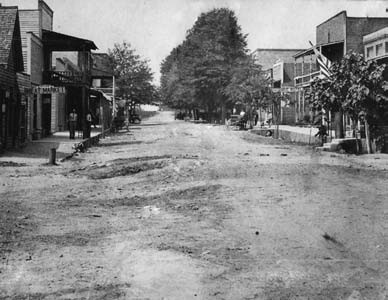 The railroad brought with it the town name by the way, in the form of an L&N Railroad superintendent’s nostalgia for his home town in New York state. So, William Newbold named the settlement Oneonta, for it’s big-sister namesake (pop. 14,000) in New York. Whatever the settlement was called before that, no one seems to have taken the time to record. Whoever knows, please call the newspaper and enlighten us and posterity. 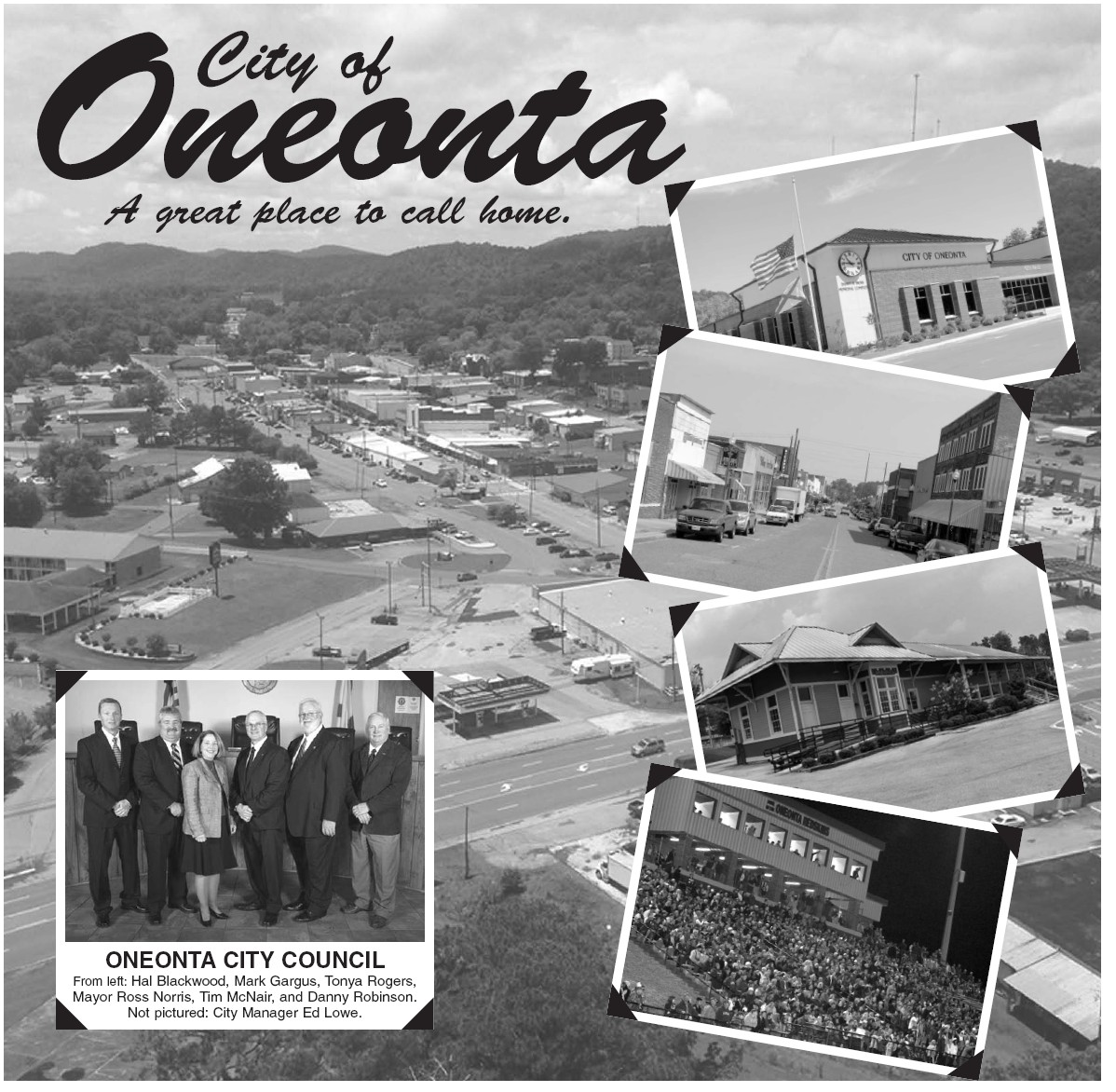 Meanwhile, the town’s first newspaper (this one) moved from Blountsville and fired up the presses in 1899, the first telephones appeared in 1909, the first bank that same year, and the first hospital in 1948, as the town closed in on a population of 2800 in 1950.

The 1940s saw the establishment of bedrock institutions that would sustain Oneonta for decades. Little Joe’s Restaurant started serving in 1943, beginning a 54-year run that lasted almost to the new century. The Neely Theater brought Hollywood to Oneonta. The town got a major economic lift when the Blue Bell plant was built in 1947, producing a cool million pairs of bib overalls annually and hiring as many as 600- 700 workers at its zenith. American Apparel, occupying a significant part of the plant after its sale to the City of Oneonta in 2005, continued the textile tradition until it closed in 2013.

The 1940s catalyzed the 1950s which were were good for Oneonta as it experienced nearly 50 percent growth – to more than 4000 – in the nationwide exuberant consumer economy that followed the end ofWorld War II and the Korean War. The next two decades were a time of consolidation in Oneonta as the stage was set for the move into the modern era beginning in 1980 with the coming of Walmart. McDonald’s arrived in 1988, and the transition to fast food row and one-stop-shopping (and perhaps a struggling downtown) was launched.

Oneonta took a breath in the 1980s then entered a period of sustained moderate growth lasting to the present, slowed only by the Great Recession years, noticed here beginning in 2009, with modest recovery since 2013. Population reached approximately 5500 in 2000 and 6500 in 2010. Current population is estimated at close to 7000.

Economic prospects for the future are favorable, supported, among other factors, by the recent creation of the Blount County Economic Development Council (EDC), in which major business groups such as banks and real estate – and all county municipalities

– have a stake. The EDC will, for the first time in the county’s history, endeavor to systematically recruit new businesses and industry to the county, as well as work to stimulate development and job growth among existing industries. The recent clearing of final legal hurdles for alcohol sales within the city limits is likely to add stimulus to economic development, as well as bolstering the city’s means by increasing revenues to support city services.