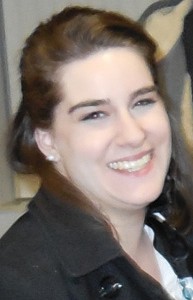 The Oneonta City Council voted unanimously to set June 3, 2014, as the date for its first liquor legalization election. The scheduled vote, which presumes no lawsuits otherwise, follows months of legal wrangling which began after the last county-wide legalization vote in 2012.

That vote saw opponents prevail in the county, but legalization advocates win in the city of Oneonta. Some of those advocates then began challenges to state law which had excluded Oneonta from legislation allowing many towns to vote on the issue individually. Circuit judge Stephen King ruled that law unconstitutional, setting the stage for the Oneonta vote.

In response to the December departure of librarian Gail Sheldon, councilors chose Rebecca Wood to fill that position. Wood, holding a master’s degree in library science from The University of Alabama, completed undergraduate work at Samford University, where she was most recently employed.

Members reappointed Daniel Clem to a term of his own on the city’s park and recreation board. Clem had completed a resigned member’s term. They also declared a 60-inch side-arm mowing tractor and a ditching machine as surplus, to be placed on the govdeals website for sale.

City manager Ed Lowe announced work to repair damage from a frozen pipe at the city’s senior citizen center should be completed the week of Feb. 10.

Councilor Tonya Rogers presented the 2013 fire summary revealing 1378 incident responses. Rescue and EMS calls accounted for more than 56 percent (778) of those, followed by almost 26 percent (355) in service calls. Fire calls numbered 31 (2.25 percent) and there were 20 calls (1.45 percent) for non-fire, hazardous conditions. The department also responded to a pair of severe weather/natural disaster calls and one report of an explosion.