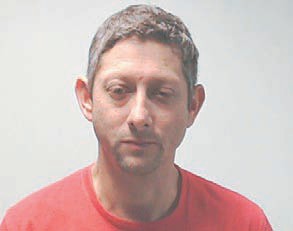 A sergeant with the Oneonta Police Department has been placed on administrative leave with pay after a weekend arrest for DUI.

Shane Osborn, who has been with the department since 2001, was arrested in St. Clair County Saturday by Alabama State Troopers and charged with DUI.

He posted bond the next morning and was released.

“On Saturday, Aug. 26, an Oneonta police officer was arrested in St. Clair County for DUI. Chief of Police Charles Clifton was made aware of this arrest after being contacted by Col. Charles Ward of the Alabama Law Enforcement Agency (ALEA).

“At the current time this officer has been placed on administrative leave with pay after he was arrested by State Troopers and St. Clair County Sheriff ’s Deputies in the early morning hours of Saturday, Aug. 26. The officer was off duty at the time of his arrest.