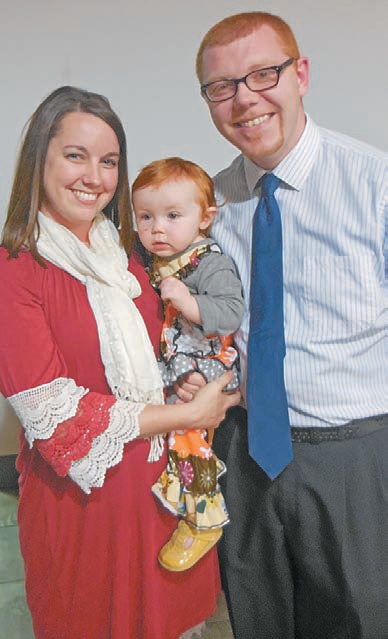 The Oneonta City Council named Ricky Statham, pictured above with wife Kimberly and daughter Madeline, as library director in its first meeting of the fiscal year. Statham becomes the first male to hold that position, advancing from his role as head circulation clerk.

A native of Blountsville, the 28-yearold received his bachelor’s degree in English education from Athens State University. At Athens he held a work study position in the library, as he had in the Wallace State library earlier. He joined the Oneonta Library in 2013 as cataloguing assistant. He replaces Rebekah Wood Phillips, who departed for a position with New Orleans Baptist Theological Seminary.