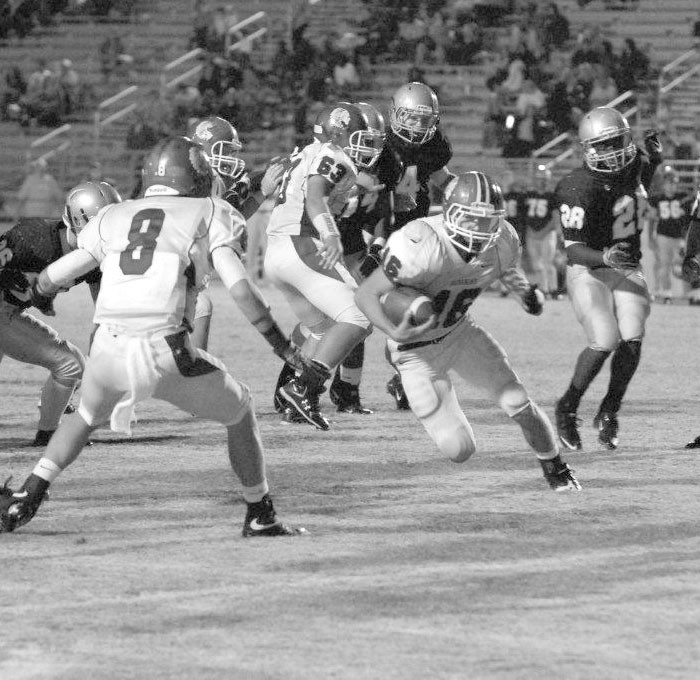 The visiting Oneonta Redskins led 21-0 after one quarter and 42-19 at the half and cruised to a 55-41 win over Jacksonville last Friday night.


The Redskin defense forced a pair of three-andouts and a turnover on Jacksonville’s first three possessions of the game. The Redskin offense scored the first three times it touched the ball with a 29-yard run by Derrick Bell and a pair of 5-yard runs by Zac Whited.

Jacksonville began to move the ball and scored some points in the second quarter but the Redskin offense never let up with Whited scoring on a 65-yard run and a 33-yard reception from Schyler Walker.

Jacksonville trailed 35-19 late in the half and fumbled a punt deep in their own territory. Whited scored on a 3-yard run three plays later and the Redskins led 42-19 at the break.

Jacksonville appeared to get a break early in the second half when Whited fumbled the ball into the end zone. However, Redskin lineman Blaise Brown recovered for another Redskin score.

Whited closed the Redskin scoring in the third quarter with a 5-yard run to put the Redskins up 55- 31.

Whited had a huge night for the Redskins with 11 carries for 161 yards and five touchdowns. He also had a 33-yard touchdown reception.

Walker completed 8 of 15 passes for 159 yards and a touchdown.

The Redskin defense forced three turnovers with Cody O’Toole getting an interception and Derek Bell and Jalen Johnson recovering fumbles.

Keaton Jones and Aaron Martin had 14 tackles each while Taylor Oden had 13.

Oneonta will host Anniston this week for homecoming.