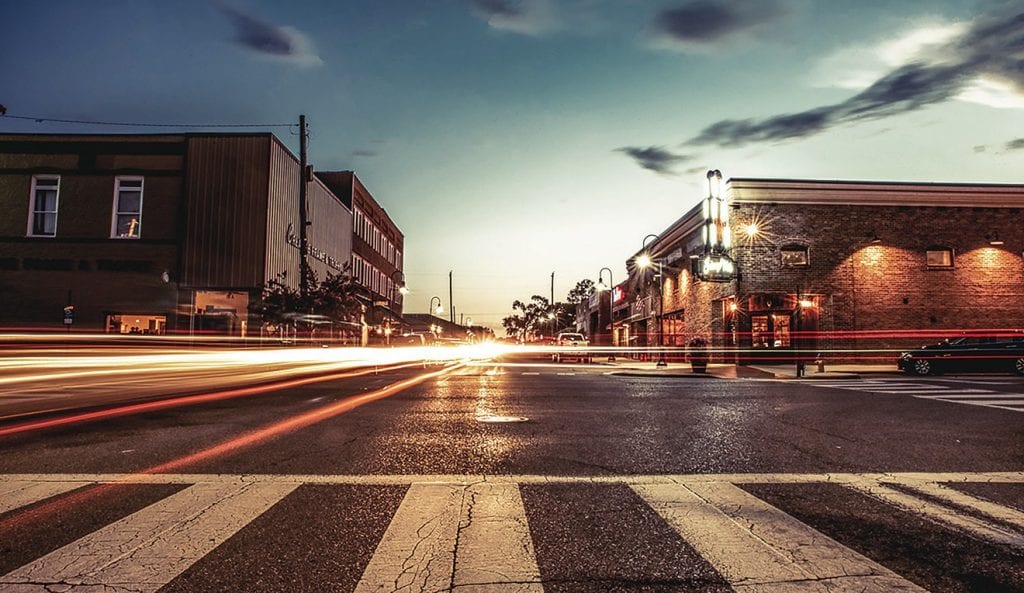 Restoring and revitalizing an old and historic home has its challenges. But what about breathing new life into an entire town in need of some TLC? Now there’s a challenge. But that’s precisely what HGTV has planned for it’s “biggest renovation project ever.” The six-episode series, “Home Town Takeover,” will feature Ben and Erin Napier, hosts of the channel’s “Home Town,” as they lead a team of renovation pros in taking over and making over an entire small town.

So could Oneonta be the next “Home Town?” A group of the city’s movers and shakers are working diligently behind the scenes to see if they can make it happen.

“The HGTV ‘Home Town Takeover’ is something that just kind of popped up,” said Richard Phillips, local attorney and Oneonta councilman. “When I saw the shares on Facebook, my mind started spinning at how we could make this work for Oneonta. In my opinion, we’re a perfect fit. And then Merri Crow called and we both had the same idea… this is something we have to do.”

So the pair, along with several other downtown

Oneonta business owners, began to collaborate, plan, and compile all the necessary items for the application, which has a Feb. 7 deadline.

Crow and her husband Matthew began the process of restoring one of downtown Oneonta’s historic buildings several years ago. The pair knows first hand the work that goes into a restoration, but they also know the importance of preserving that history as well as the importance of maintaining a strong and viable downtown city center, which is exactly the goal of this new series.

For those that aren’t familiar with the Napiers, they have spent the past several years restoring and transforming their hometown of Laurel, Miss.

According to HGTV, “Erin and Ben have some relevant experience in the realm of whole-town transformation.They’ve not only helped rescue and enhance dozens of homes in their hometown, they’ve also played a pivotal role in helping revitalize the city’s downtown while preserving and celebrating the town’s architectural treasures, endemic charm, and historic features. It’s all elemental to the same overarching mission – helping to create and foster a town persona that draws on its roots, history, and traditions.”

So how does this process work? Any citizen of a small town (population of 40,000 or less) must apply and show, tell, and sell HGTV on why their town is the most deserving. Applicants should strive to highlight aspects of their town that make it special, fascinating, historic, or unique.

“Richard and I have worked together seamlessly to put together what I feel is an awesome application,” Crow said. “With a little help from friends and some other Oneonta mega fans, we were able to pull off an exceptional video spotlighting our need for renovations on Main Street as well as some renovations in home architecture. We chose to not only highlight areas, but the historic Neely Theater specifically. Can you imagine what could happen there if HGTV came in and restored it?”

The video features the Crows and Phillips as well as downtown business owners Cinamon Airhart (The Makers), Dawn Glass (The Pink Porch), Joel and Beth McCay (The Nines and Yellowhammer Photography), and Deborah Sarcinelli (The Neely). The final application will also feature photos of downtown and surrounding historic homes as captured through the lens of Jack Bains with Southern Exposure Photography.

“It excites me at the possibilities this could offer our great little city,” Phillips said. “This program is focused around towns under 40,000 with a focus on historical properties and unique downtown areas. Oneonta fits perfectly in that formula. I am proud to be a part of this process. It feels great when a project comes together.

“Even if we aren’t selected, we now have this great promotional material to use in the future. I never get tired of boasting about our special hometown!”

Crow added, “Dawn Glass said it best, ‘Oneonta has so much potential. I love potential, it’s where magic lies.’ Here is hoping Ben and Erin choose to make Oneonta their next makeover!”