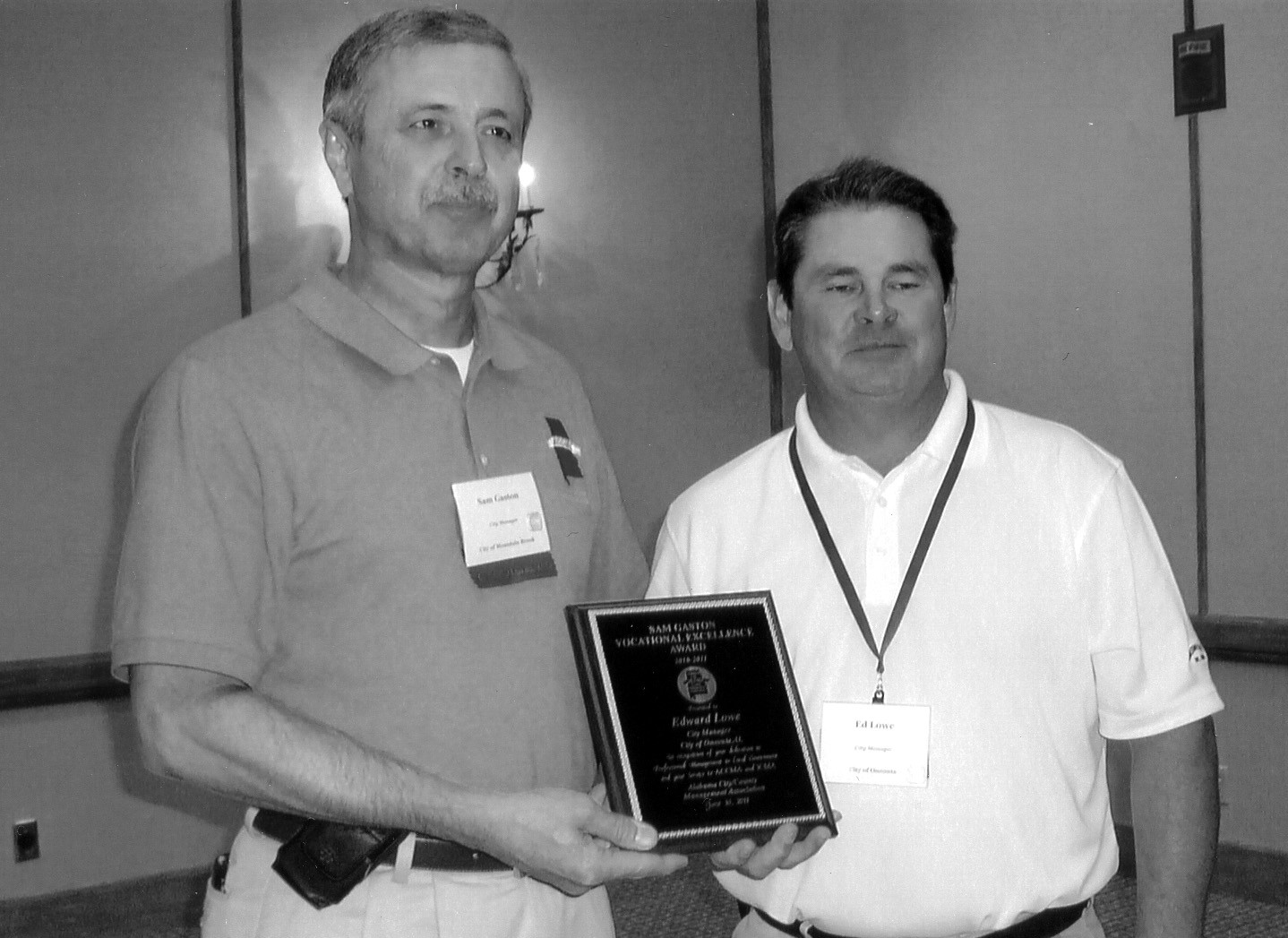 This annual award is presented to a member who has exhibited outstanding leadership and professional management in local goverment. Recommendations for the award are submitted to the award committee by member cities and counties for review.

Lowe has been an active member of the organization for 13 years and of ICMA 10 years. He has served on the management association board and its conference planning committee. He is its vice president for 2011-2012 and will serve as its president in 2013-2014. His commitment to promoting professional management in local government is evident in his accomplishments as Oneonta’s city manager and his dedication to the community.

He exhibited outstanding leadership in developing and implementing a downtown revitalization plan, which included a new city municipal complex, senior citizen facility, street lighting, and asphalt overlay and an addition to the fire department. He serves on the town’s Planning Commission and is a member of the boards of directors for Blount County-Oneonta Chamber of Commerce, the agribusiness center, and the Economic Development Alliance.

Ed and Karen, his wife of 28 years, have two sons, Eddie and Ben, who attend The University of Alabama in Tuscaloosa. He is the son of Martha Ann Long Lowe of Allgood and the late Jack Edward Lowe.