Oneonta boys and girls roll on to Jacksonville 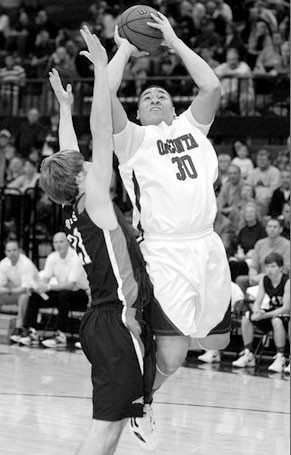 The Oneonta Redskins and Lady Redskins have qualified for the Northeast Regional at Jacksonville State University and each did it in style.

The Lady Redskins put together a dominant defensive night and hammered visiting Guntersville 43-23 last Thursday night in the sub-regional round.

Just 24 hours later, the Oneonta boys totally dismantled visiting DAR and rolled to an 80-49 victory over the visiting Patriots.

While both Oneonta boys teams advanced, the Hayden girls and Cleveland boys ran into a sub-regional road block for the second year in a row.

The Cleveland boys were the runner-up to Tanner in 2A Area 15 and that meant a trip to Mars Hill Bible for the second straight year. Cleveland played hard but Mars Hill proved to be too strong and took a 92-52 victory over the visiting Panthers. 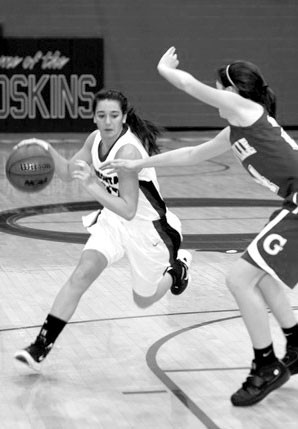 The Hayden girls must have had a sense of deja vu last Thursday night. For the second year in a row, the Hayden girls won their area but then were knocked out of the subregion by visiting Cullman.

Just like last year, the visiting Lady Bearcats jumped out to a big early lead (15-8 after one quarter; 28-16 at the half) and then held off the Lady Wildcats’ comeback attempt in the second half to win, 60-47. 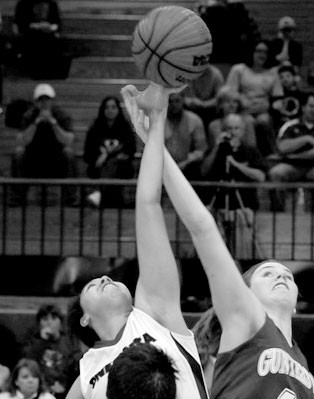 Oneonta’s Destiney Elliott gets the jump on Guntersville’s Cati Leak.

Stricklin wrapped up an incredible career at Hayden and finished with 3155 points, which ranks ninth on the state’s career scoring list. Girls Oneonta 43, Guntersville 23

The Lady Redskins were looking to avenge last year’s sub-region loss at Guntersville and the home team jumped all over the visiting Lady Wildcats. 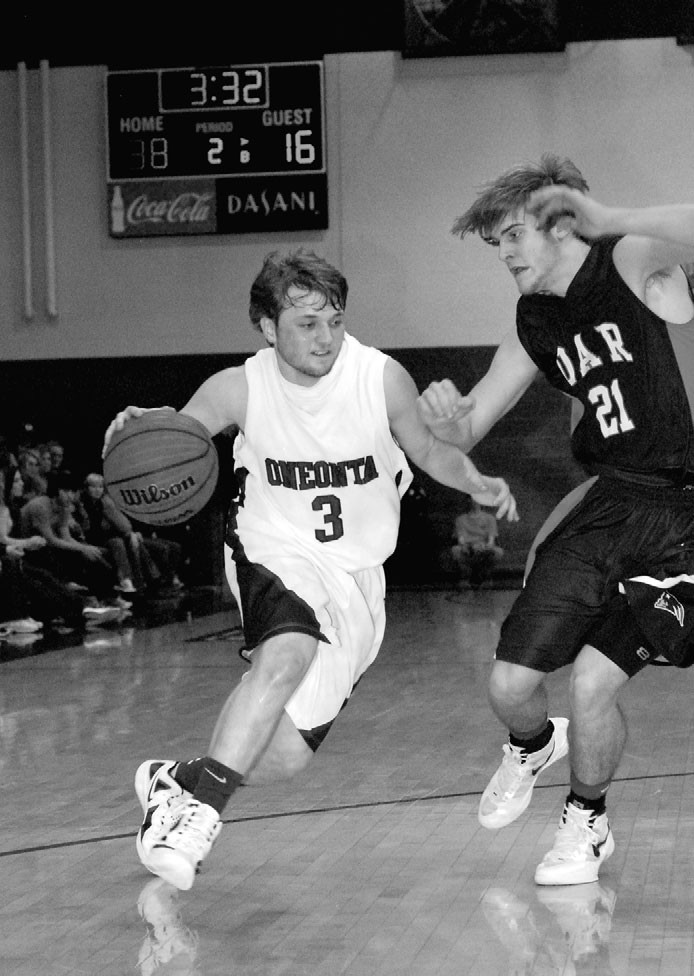 Oneonta ran off eight straight points in the first quarter and jumped out to a 14-6 lead after one quarter. The second quarter was more of the same as the Lady Redskins outscored the visitors 14-7 and led 28-13 at the half.

Neither offense did much in the third quarter – the teams scored four points each – and the Lady Wildcats never seriously threatened in the second half.

Oneonta limited Guntersville to just 24 percent shooting – including just 3 of 17 from the field in the second half – and outscored the Lady Wildcats 16-0 in points off turnovers.

The Patriots never had a chance. Oneonta buried the Patriots – a team that entered the game with a solid 20-10 record – with a complete and dominating performance.

The Redskins jumped to an early 8- 0 lead and really never looked back. The lead was 20-6 after one quarter and the Patriots would get no closer the rest of the night.

DAR (20-11) runs its offense through point guard Aaron Troup but Oneonta’s Austin Owens and James Russell never let the senior get going and he finished the first half with no points and four fouls. He ended the night with just four points and fouled out in the second half.

While DAR’s offense was sputtering, the Redskin offense was ripping through the Patriot defense like an NBA team at a pregame shoot-around.

On a night when 10 Redskins scored, Oneonta’s Keenan Warren simply destroyed any Patriot that tried to guard him. He finished with 23 points but he had plenty of help as Austin Owens finished with 18 and Stedman Bothwell had 12.

Oneonta improved to 25-5 with the win.