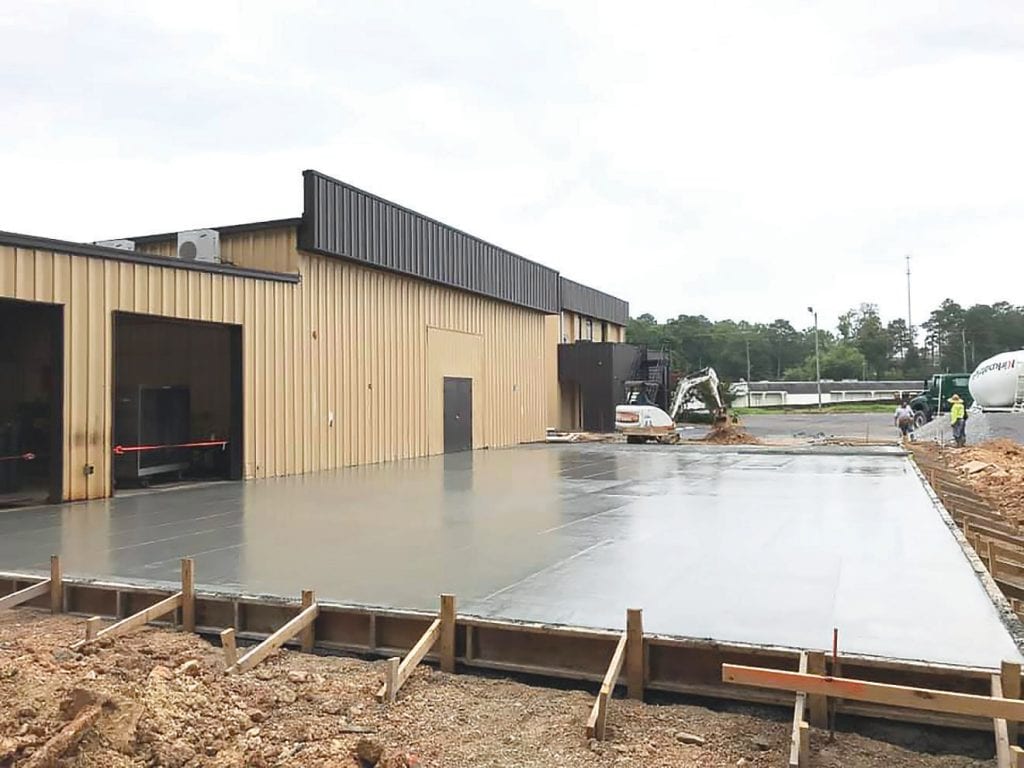 The concrete slab is poured for the new training shop at the Wallace State Oneonta campus which is slated to be complete by the end of the month. -Facebook | Wallace State

The Oneonta City Council passed three resolutions last week to apply for Community Development Block Grant (CDBG) and Appalachian Regional Commission funds for a sewer system rehabilitation project.The Blount Countian did not attend the meeting. Details on the application were provided by city manager Ed Lowe and the resolutions themselves.

The application will request grants of $450,000 in CDBG funds and $200,000 in Appalachian Regional Commission funds. Matching funds of $349,449.87 will be provided by the Oneonta Utilities Board through the City of Oneonta. The sewer project is intended to primarily benefit low- and moderate-income residents of the city.

If received, the money will be used to replace aging clay distribution lines in the area of the old fairgrounds, the housing authority development, and the Eastwood residential community along U. S. 231 east of town, according to Oneonta Utilities Board general manager Rodney McCain. Another phase of the project will replace the main connecting the utility’s First Avenue station to its water treatment facility in Allgood.

Engineering and design services will be provided by Insite Engineering of Hoover, and Community Consultants of Huntsville will provide application preparation and administration services.

A decision on receipt of the grant is expected in late August, McCain said. He said actual replacement work, if the grant is received, would likely begin in July of 2020, with completion expected in the fall of 2020.

The three resolutions comprising the grant application were the main focus of last week’s council meeting. Updates on other city matters

Lowe provided updates on two other ongoing projects affecting the city’s long-term development: construction on the new welding and machine shop building at the Wallace State career and workforce training campus on Ala 75, and the downtown amphitheater project on First Avenue East. Wallace State training shop

Lowe said the slab for the 4,000-square-foot building was poured last week and components for the modular building will be delivered this week for assembly next week. Completion is expected by the end of July. Courses will begin using the new facility when the fall semester begins in mid-August. Downtown amphitheater

The Fendley Furniture building was demolished weeks ago to make room for the amphitheater. Remaining construction debris will be removed soon. Then, architects from Goodwyn Mills Cawood, retained to design the facility, will visit the site to begin survey work leading to preliminary renderings for the half-acre-plus facility. The facility will consist of four audience terraces and a performance stage with accompanying sound and lighting systems.

Lowe estimated the final audience capacity of the amphitheater to be approximately 300. He said he expects another public hearing will be held this fall to remind citizens of the scope and intent of the project and to allow further input. The project is intended to serve as a magnet and focus for future downtown activities.

A day on, not a day offCommission votes to purchase property for economic developmentStorms sweep through county