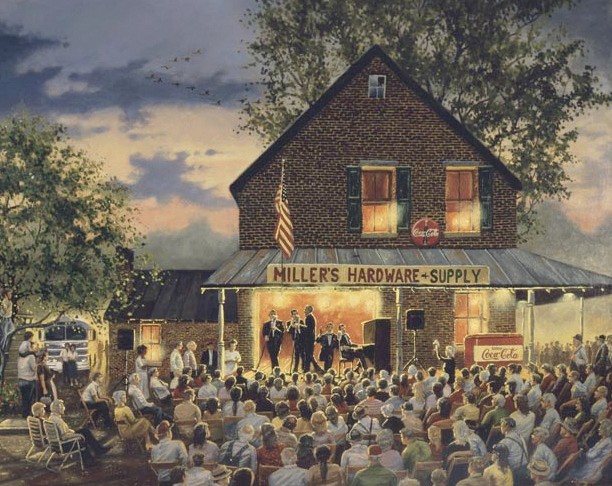 THEN: ‘Old Time Gospel Singing’ by painter of rural America Dave Barnhouse recreates the time when gospel singings were held on small town main streets, in county courthouses, at rural churches, at camp meetings, and probably in a few brush arbor revivals on the creekbank or down by the riverside. (by artist’s permission)

Choir director Chris Green created the Blount County Gospel Choir in 2006. It came at the public’s request for a full-choir version of a hand-picked ensemble’s singing of beloved gospel songs at a funeral service. Green, Lester Memorial United Methodist Church, and the choir itself have renewed the event annually every year since. 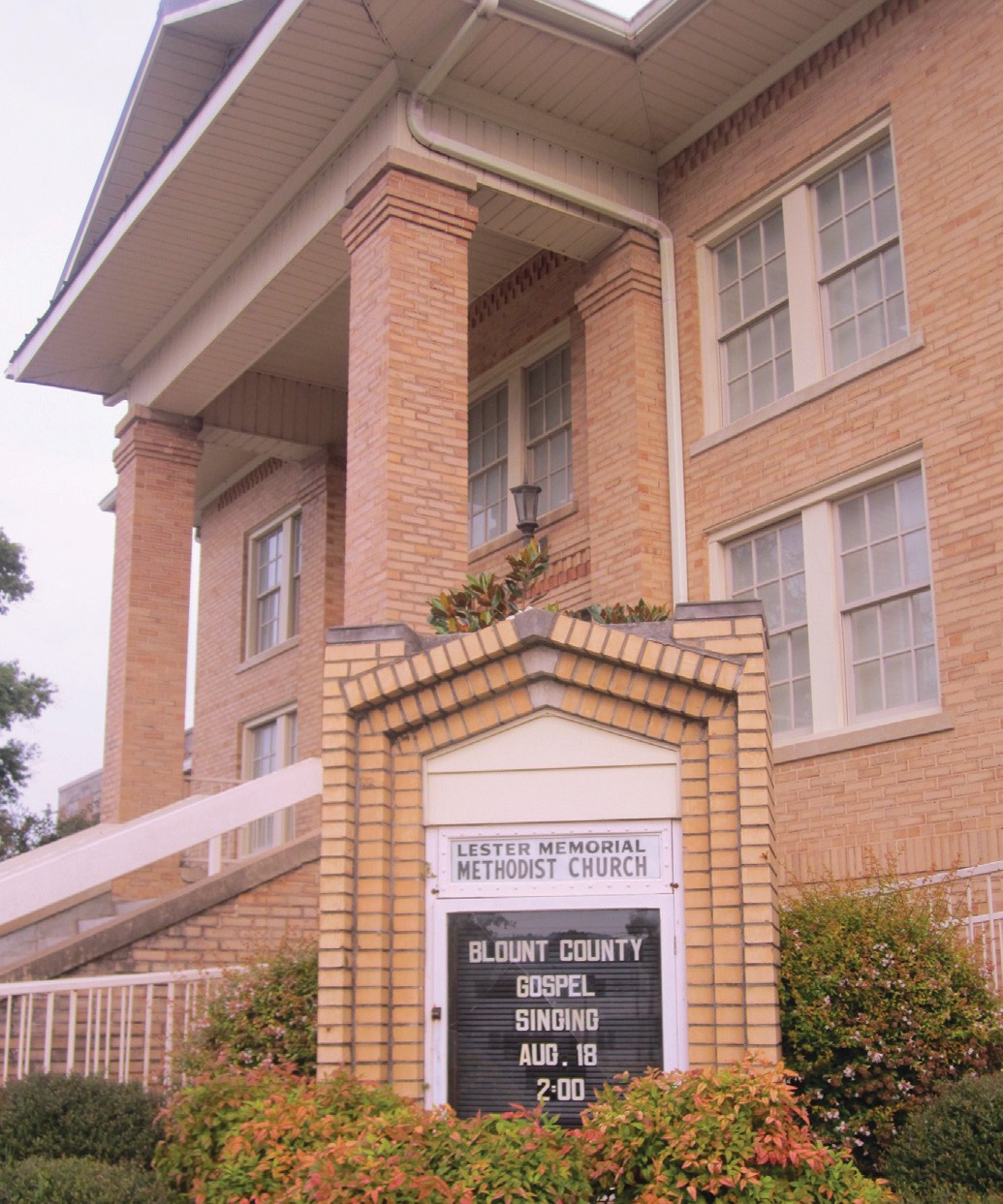 NOW: Lester Memorial United Methodist Church will host the eighth annual Blount County Gospel Choir singing at 2 p.m. on Aug. 18. The church has hosted the event to large audiences since its inception in 2006. Come early unless you like the balcony and don’t mind standing, if necessary.

“We’re going to have a good time this year,” Green said, adding that in the eight years of singings (totaling more than 100 songs), the choir has yet to repeat one.

This year’s singing will feature another offering of well-known standards includingWhen Morning Comes, Come and Meet Me, Old-time Preacher Man, Heaven on my Mind, What Sins You Talkin’ About, and Time Has Made a Change in Me, the last featuring a solo by choir member Danny Gunter.

As in years past, choir sets of about four songs each will be interspersed with performances by local gospel ensembles. Scheduled this year are Three Generations (Linda Thomas and Theresa and Jordan Ratliff ), The Loyal Hyatt trio (Reta Hyatt, Fredia Hyatt, and Little Ed Bullard), and the unnamed Blount County “boys” quartet (Chris and Benny Green, Jimmy Stewart, and Scott Rogers.) Other features include soloist Randy Burtram and a possible surprise traveling ensemble.

“In the old days, you used to have ‘reunion’ singings where several churches in the community would get together for an all-day singing. We’re kind of updating that tradition with these gospel choir concerts,” Green said in 2008, noting that gospel music cuts across denominational boundaries and has the power to bring people together.

He added recently that large-scale singings were held occasionally in years past at county courthouses across the state, including a Sacred Harp singing held annually until the 1960s in the the big courtroom of the Blount County Courthouse. That tradition is now a thing of the past in all except one county. Cullman County still has an annual singing held at the courthouse, he said.

Green said his plans for the next two years include a surprise appearance next year by an as-yet-undisclosed world class gospel music performer, and plans for a special anniversary edition of gospel choir songs the following year. Will it be a published songbook of Blount County Gospel Choir songs? Or could it be an actual recorded album?

That’s yet to be determined. Stay tuned.