Hayden’s season ends in round three 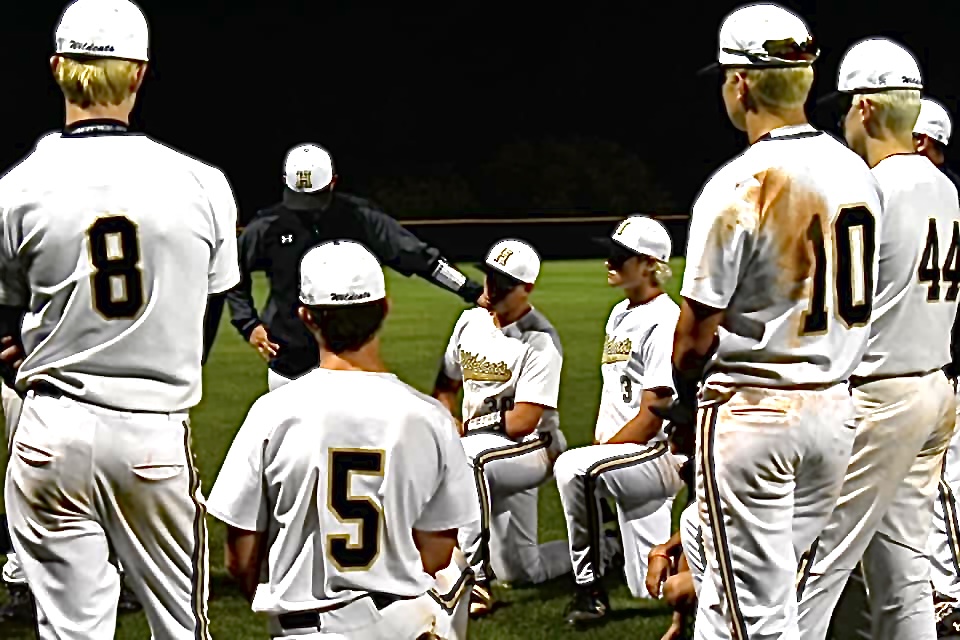 The Hayden Wildcats’ season-ending loss to Madison Academy in round three of the state playoffs is emotional for coach Lucas Drake. -Lena Simmons

The Hayden Wildcats hosted No. 2 ranked Madison Academy, a private school from the Huntsville area, for round three of the AHSAA baseball playoffs last Thursday. Hayden looked to progress in the playoffs where only one other Wildcat team had ventured before. Coach Kim Hargett led the 1994 team that made the class 4A Final Four. Hayden dropped both games to Madison Academy ending the Wildcats’ season.

From the start, game one looked to be a pitchers duel in the making. Cole Loftis started on the mound and struck out the first two Mustang batters on four pitches each before getting the third on a ground out to short. Madison Academy returned the favor as the Wildcats were three up and three down at the plate as well. 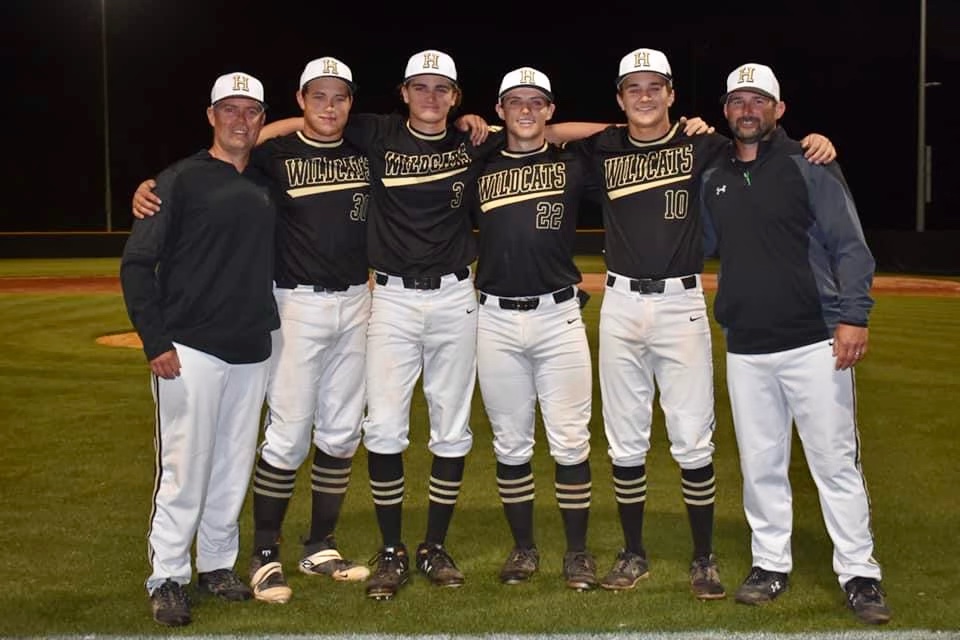 Braden Hodges got the inning started with a leadoff single to center field. Carson Snow doubled to the left field fence moving Hodges to third. Caden Mason then doubled to left field to score Hodges and Snow. Mason advanced to third on a passed ball and then scored when Sammy Collins hit a sac fly deep to right field. After four, Hayden was down 3-7.

Neither team produced another score. Hayden struggled to get base runners, but the Wildcats made some fantastic defensive plays to prevent Madison Academy from scoring again, including right-fielder Eli Williams’ terrific throw to Hodges at third for a tag out and a 1-6-3 double play.

Loftis took the loss for Hayden. He went the distance allowing nine hits and seven runs over seven innings, striking out four.

Similar to the round two series with Sardis, the Wildcats lost game one and game two meant the season was on the brink.

Hayden was the designated visiting team for the second game and got on the board first. With one out, Snow singled to left field. Mason drew a walk pushing Snow over to second. Williams then singled to right field. Attempting to score from second, Snow was thrown out at the plate. Mason advanced to third on the throw home. With Collins at the plate, Mason took home on a passed ball for the game’s first score. Madison Academy tied the game and took the lead posting two in the bottom of the inning.

The Wildcats had no base runners in the second, but the Mustangs posted two more runs extending their lead to 4-1. In the third, with one out, Hodges reached on an infield single to third. Snow then singled to left moving Hodges to second base. While Mason was at the plate, a fast moving storm and a lightning flash sent players, umpires, coaches, and fans running for cover.

The game spent 45 minutes to an hour in a delay. Once the delay was over, with a freshly wet field, Mason continued his at bat. Both Hodges and Snow advanced on a passed ball before Mason drew a walk on an eight-pitch at bat. With Williams batting, Hodges tried to take home on a passed ball, but the pitcher squatted in the baseline, effectively blocking the plate, and Hodges was tagged out trying to go on the infield side of the plate to score. With two outs, Williams hit a long fly ball to center field which was dropped scoring Snow and Mason and allowing Williams to reach second. Collins struck out to end the half-inning, but the Wildcats had clawed back and cut the lead to one. Madison Academy collected two more runs off Hayden miscues and took their lead to 6-3.

Neither team scored in the fourth. Hayden tried to make some noise once more in the fifth. Leadoff batter Kyler Leamon singled up the middle on an 0-2 count to get things going. Hodges sacrificed himself on a bunt to move Leamon into scoring position.

With two outs, Mason singled to left field moving Leamon to third. Leamon took home on the leftfielder’s error to add one on the scoreboard for Hayden. Hayden held Madison Academy scoreless in the bottom half closing the gap 6-4.

Hayden threatened in the top of the sixth. Collins was beaned squarely in the back allowing him to reach base. He advanced to second on a passed ball and took third on a wild pitch. Two fly outs and a strikeout prevented him from scoring. In the bottom half of the inning, Madison Academy was able to plate one run extending the lead to 7-4 where it would remain.

The 2021 Hayden Wildcat varsity baseball team consisted of 14 young men, living in the same community, most since birth. No recruits, no moving in to play for a well-established program, just young men living in the same school district who love the game and became a team.

Before the season began, Hayden faced challenges. The Wildcats’ ace pitcher had to put his season start on hold due to an injury. Hayden started the season 2-6 and by spring break had a record of 4-8, were Blount County Tournament Champions, and faced numerous top-10 6A teams along the way. Meanwhile the Wildcats lost another pitcher to injury, but got their ace back just before spring break.

The tide turned for these Wildcats during an annual spring break tournament in Gulf Shores. The Wildcats began a nine-game win streak with a victory over Chilton County, who was ranked 10th in 6A at the time. Hayden then finished the regular season 11-2. Along the way they defeated 7A Albertville on the road, the program’s first win over a 7A team, while losing two more players for multiple games due to injury and sickness.

Hayden’s final regular season tally was 15-10. This Wildcat team played against five of the 32-team 6A playoff field (defeating a member of the final eight) and plunged deeper into the playoffs than any team since the aforementioned 1994 team.

There were no superstars, no prima donnas, just 14 young men competing together. The Wildcats are graduating four seniors – Braden Hodges, Trenton Sawyer, Carson Simmons, and Eli Williams. While the loss of their talents and leadership will be felt, the Wildcats have a lot of talented young men who will return next season. The Hayden Wildcats are coached by Lucas Drake, Kenneth McGaughy, Shelby Speegle, and Drew Turner.