Of Wagons and Buicks 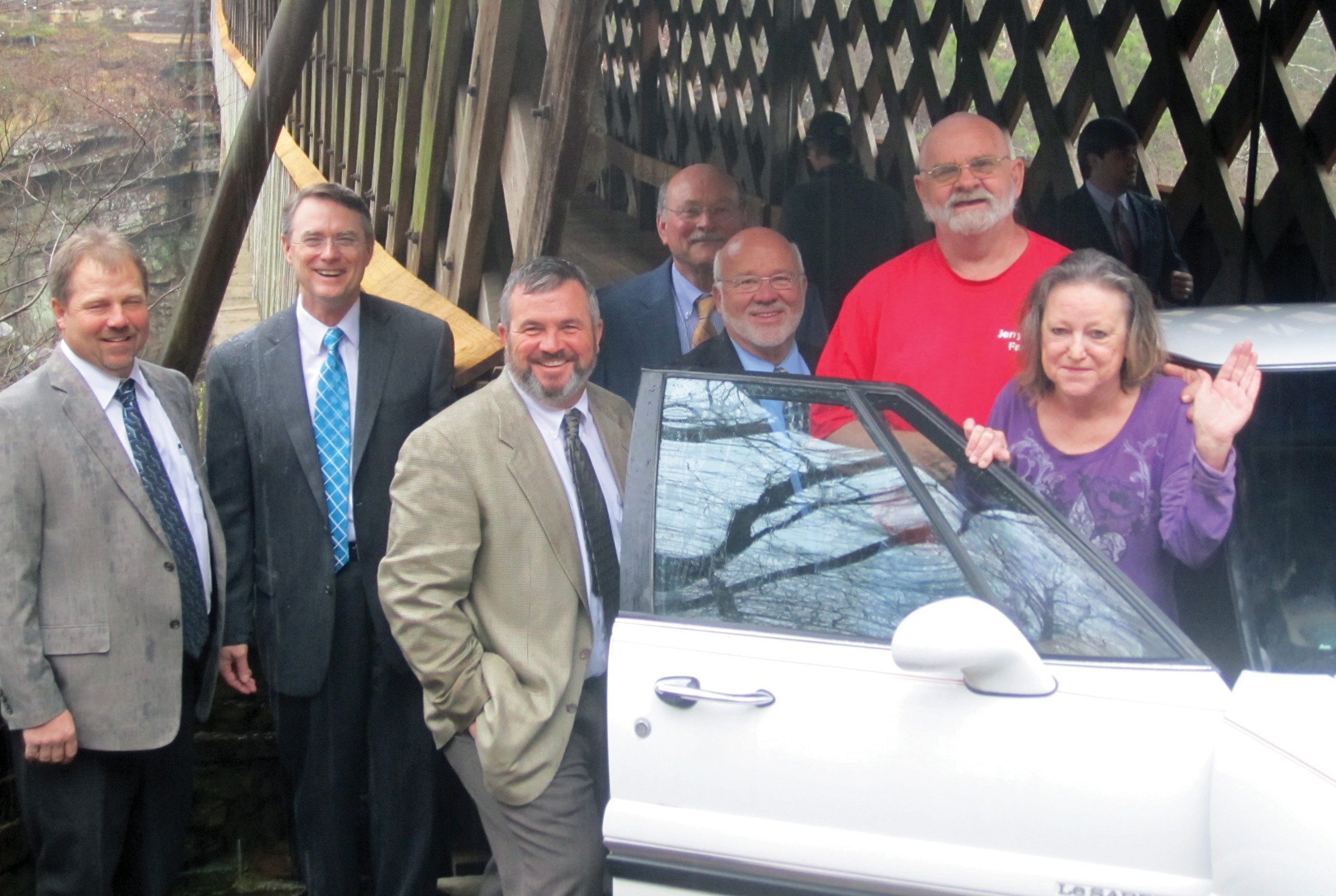 The county commission Monday removed barricades at Horton Mill Covered bridge, opening it to vehicles for the first time since 2009 and signaling the completion of a nearly four-year process of renovating the county’s three signature covered bridges. From left, Commissioner Dean Calvert, Probate Judge/Commission Chairman Chris Green, Commissioner Allen Armstrong, Commissioner Carthal Self, Commissioner Gary Stricklin, and Jerry and Jean Gibbs, first citizens to cross the bridge (in a 1999 Buick LeSabre) after barricades were removed. Mrs. Gibbs’s parents, Bertha and William Claude Murphree Sr., were the first to cross the bridge at its original opening in 1932. The drove across in a wagon, their mode of transportation at the time. – Ron Gholson