THE BIBLE SPEAKS On the Lord’s behalf 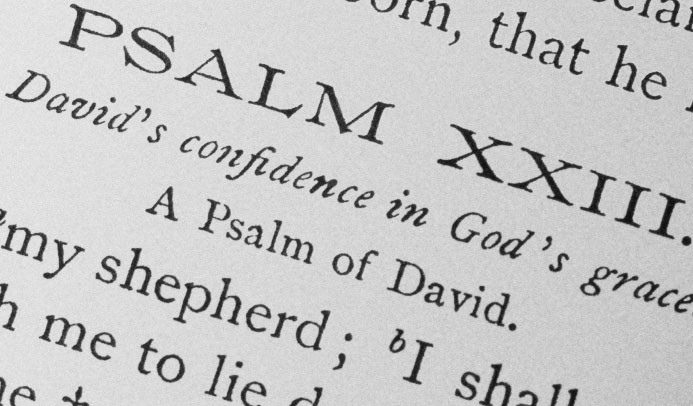 When we study scripture – and particularly when the passages have been selected for us – we need to ask ourselves two questions: (1) What was the purpose that motivated the writer to write this passage? and (2) What can this passage say to me about my faith and life in Christ?

As this is our only present excursion into 2 Chronicles, we need to know that 1 and 2 Chronicles were originally but one book and basically takes up the story of Judah, the southern kingdom, from the 10th century B.C. reign of Solomon. It also takes up the subsequent division of his kingdom into Israel/Samaria in the north and Judah in the south, through the demise of Israel/Samaria in 721 B.C., and until Judah is carried away into exile in 587 B.C. The writer mentions Israel only when absolutely necessary, because he believes Samaria is not the true Israel. His purpose is to show that Judah’s national fate is the result of national sin, disloyalty to God.

Jehoshaphat, King of Judah, made an unwise alliance with King Ahab of Samaria resulting in a marriage between Jehoshaphat’s daughter and Ahab’s son, plus Jehoshaphat’s promise to join Ahab in war against Ramoth-Gilead. Knowing of that enemy’s hatred of him, Ahab attempted to trick them by wearing a disguise. But the ruse didn’t work and Ahab is killed (18:28-34). That is why the prophet Jehu is judging Jehoshaphat. But the tone of the changes in 19:3 when Jehu says to Jehoshaphat, “Nevertheless, some good is found in you, for you destroyed the Asherahs (pagan worship sites) out of the land, and have set your heart to seek the Lord.” NOT FOR MAN

The “some good” Jehu mentions is Jehoshaphat’s effort to establish a just order in Judah: he appointed judges in the land in all the fortified cities of Judah, city by city, and said to them, “‘Consider what you do, for you judge not for man but for the Lord; he is with you in giving judgment. Now then, let the fear of the Lord be upon you; take heed what you do, for there is no perversion of justice with the Lord our God, or partiality, or taking bribes’” (19:6,7).

We, too, need to consider what we do, for our justice also needs to be operated for the Lord’s purposes. A dominant theme throughout the Bible, it is one of the most recurrent concerns of God. But it is both difficult to achieve and maintain, for justice always involves the use of power and humans find it difficult not to pervert power to selfish ends. Our system is among the best in the world, but it is still far from what it would be if it were administered “for the Lord.” Far too often it is operated for those with the most money, the most powerful connections, or both. The Minneapolis Tribune printed a story about a federal judge in Texas who plainly told a jury to return a verdict of “not guilty” in a car theft case. Called to present the verdict, the jury foreman said: “We found the boy that stole the car not guilty, your honor.”

Some years ago a friend of mine was arrested for an assault, for which there were extenuating circumstances. I tried to find a lawyer to defend him, not so he could escape justice, but so that he would not receive sentence that was unjust. A lawyer I called told me point-blank that for $25,000 she could guarantee acquittal. Apparently, this was the stock offer that she gave – because she could deliver. I am told that this is not an isolated offer, because many people do not care about a corrupt and adulterated justice system so long as it treats them with favor. Even if only occasional, this would still be tragic in the eyes of the God who reminds us that “you judge not for man but for the Lord; he is with you in giving judgment.” CLEAR TITLE

So often what we have is not a justice system, but a legal system that only sometimes produces justice. Ours is better than most others, but it is not a system that is anywhere close to being just. Ralph Korngold has caricatured our justice system, as the New Zealand chief who said: “I have a clear title to this land, for I ate the former proprietor.” Judaism in Jesus’ time was very legalistic. Everything was geared to the specific requirements of the law, secular and religious. Jesus demonstrated frequently that justice is a matter of both law and grace.

I had always read that the symbol of justice is the figure of a blind woman with scales in her hand. Her blindness forces her to judge on evidence alone. But one of the great preachers of the mid-20th century, Ralph W. Sockman, challenges that concept: “…the implication being that the essence of justice is the weighing of the facts in hand with an impartiality which might be lost if we could see the parties involved. But such a portrayal is hardly adequate…the blindfold should be removed and spectacles should be substituted. If we would weigh a situation justly, we must see not only the persons involved, but also their backgrounds.”

Thankfully, God wears no blindfold while judging us. If he did, there would be no need for a life after death. Heaven would be a vast uninhabited desert. Jesus honored the Law of Israel, but he always went beyond the law. Grace without law is chaos. Law without grace is an inescapable concentration camp. So, consider these words by Sydney J. Harris: “We evaluate our friends with a God-like justice, but we want them to evaluate us with a God-like compassion.”