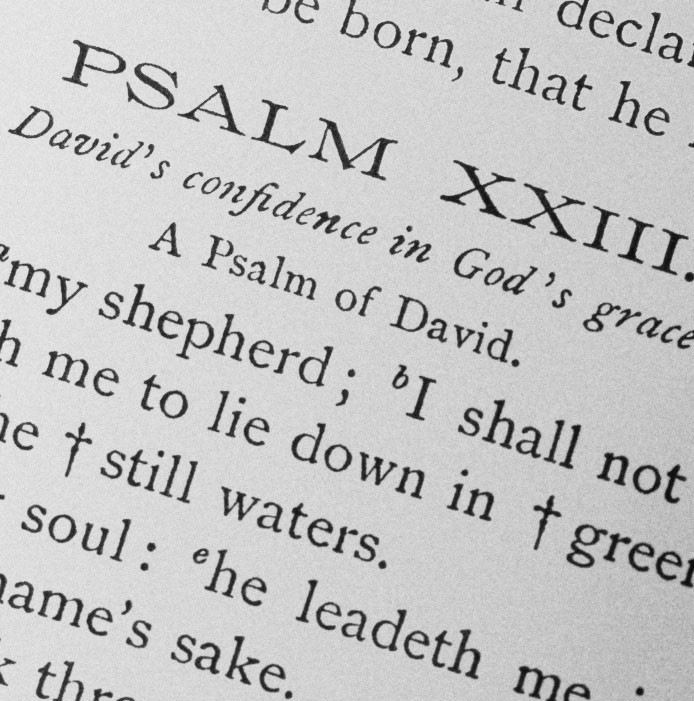 In the near East, the metaphor of shepherding was and, to a degree, still is a familiar one.

And although it is less familiar to our society and culture, it is easily understandable for us even in these times of massive urban communities and high technology. It does not take much imagination to see ourselves as part of a flock and our leaders in the role of shepherds. The 23rd Psalm still remains the most popular psalm in the world. So, when Ezekiel says to us: “Son of man, prophesy against the shepherds of Israel…” (34:2), it is not difficult for us to realize that he is prophesying against the various kings of Israel. Almost all of them have been not only disappointments, but corrupt sovereigns.

Nor is it difficult for us to understand why these monarchs have been judged so corrupt. “Ho, shepherds of Israel who have been feeding yourselves! Should not the shepherds feed the sheep? You eat the fat, you slaughter the fatlings; but you do not feed the sheep” (34:2,3). And even more to the point: it is not difficult for us to relate these criticisms to our own “shepherds,” the political and perhaps even some of the religious leaders of our own era.

Many who are elected to our Congress and legislatures have enriched themselves at the expense of the sheep. Millions of dollars are spent annually by various interests that court them. When they are voted – or thrown – out of office they then can capitalize on their experience with our government to become highlypaid lobbyists. But they assure us that the money doesn’t affect the way they vote! GETTING FLEECED

This is measured not only in terms of money but of aid not given: “The weak you have not strengthened, the sick you have not healed, the crippled you have not bound up, the strayed you have not brought back, the lost you have not sought, and with force and harshness you have ruled them.” One does not have to be a shepherd or a sheep to understand Ezekiel’s prophesy. When you have been fleeced, you will know it. The kings have been given precious power and have used it selfishly and unheedingly.

Why do you think this continues to happen? To begin with: do we elect dishonest men and women? Possibly some, but I imagine we elect people about as honest as ourselves. What appears to happen is that, once they get to Washington they see “how things are,” and they join in, either enthusiastically or with a reluctance that in time will be overcome. Ask yourself: “If I were to go

Congress and I found that voting a particular way could bring me some wonderful vacation trips for me and my family, would I decide to ‘come on in, the water’s fine?’”

How long would it take you to lose your principles? How long could you hold out as The Lone Ranger? We would all like to think that it wouldn’t happen to us, but don’t you think that many of those who do join the flow felt that way once? I, MYSELF, AND ME

Yes, we know that most of the kings of Israel were unrestrainedly avaricious. They had the power and sooner or later they used it. The rule-of-thumb was similar to the morality of the man who prayed: “Lord, bless me and my wife, my son John and his wife, us four and no more.” That also calls to mind this anonymous doggerel:

I GAVE A LITTLE TEA PARTY

This afternoon at three.

Myself ate up the sandwiches,

While I drank all the tea.

’Twas also I who ate the pie,

And passed the cake for me.

Selfishness is not only accepted today, but it is also expected. We are not shocked to read of someone using his position to amass a fortune. Joseph Fort Newton made this commentary on our times: “When a man loses faith in God, he worships humanity; when faith in humanity fails, he worships science…When faith in science fails, man worships himself, and at the altar of his own idolatry he receives a benediction of vanity. Hence the religious egotism of our day, when men are selfcentered and self-possessed, unable to get themselves off their hands.” When we are self-possessed we have no scruples about fleecing the sheep.

Helpless and futile as all this sounds, it doesn’t have to be. God sends Ezekiels, Jeremiahs, and Isaiahs – and us – to come back AND “Feed my sheep.” Actually, there is always the possibility of a shepherd returning to his sheep because of the role of the of the Good Shepherd is eternal. “And you are my sheep, the sheep of my pasture, and I am your God, says the Lord God” (34:31).