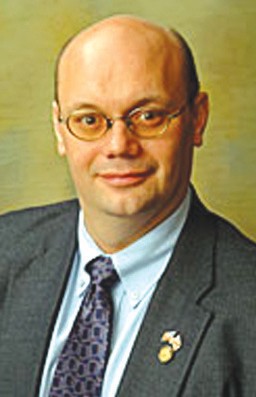 District 11 State Rep. Jeremy Oden, representing about a third of Blount County in its northern and western areas, resigned from office Monday to accept an appointment to the Alabama Public Service Commission effective Dec. 3. Gov. Robert Bentley will call a special election to fill the District 11 seat. The election timeline will be announced as soon as it is finalized.

Oden has served as state representative since 1998, in a district made up of northeastern Cullman, northwestern Blount, and southeastern Morgan counties. His appointment as commissioner to the Public Service Commission fills the vacancy created by the Nov. 6 election of Twinkle Andress Cavanaugh to the presidency of the body. Oden will complete the two years remaining in her term.

“I‘ve known Jeremy for many years, and I know him to be a dedicated public servant who wants the best for the people of Alabama,” Gov. Robert Bentley said in making the appointment. “I approached him about serving as a commissioner because of that dedication to public service. He will represent the needs of consumers in a fair and responsible manner. People across the state will benefit from his service on the commission.”

“The experience of serving the people of District 11 has been life-changing,” Oden said. “They are great people and have supported me as I did my best to represent them in Montgomery. Great thanks are due to Gov. Bentley for his confidence in me. My foremost duty will be the protection of all Alabamians as I look out for their interests on the Public Service Commission.”

Oden served on the Education Trust Fund and the Energy Council as a House member. He was instrumental in founding the Brindlee Mountain Republican Club, which was heavily involved in local races in rural north Alabama as the GOP wave began to sweep Alabama. He was recognized by his fellow House members in 2006 as the House’s Outstanding Member.

Up to Sept. 1 this year, when Elwyn Thomas resigned his District 34 seat, Blount County has been represented in the state House by the same two elected officials for the last fourteen years. With Oden’s appointment, both will have resigned and been replaced within the same approximately three-month period.