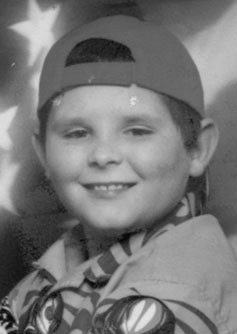 THOMAS MILTON ANDERSON, 74, Talladega, died Nov. 8, 2008, at Talladega Health Care. A native of Jefferson County, he was the son of Gladys Moore Fields and the late Ollie William Anderson. An army veteran, he was of the Baptist faith and worked as a truck driver with Mercury Freight. Besides his father, he was predeceased by son Ollie Anderson of Cleveland and brother Donald William Anderson.

T. D. CANNON, 83, Oneonta, died Nov. 6, 2008, at Ashville Healthcare. Born in Kentucky, he was the son of the late Arthur Mac and Mary Patience Cannon. A recipient of the Purple Heart during World War II, he was retired from Birmingham Industrial Water Board and was also a retired service station operator, having owned several service stations in Blount and Marshall counties. He attended Park Avenue Baptist Church. Predeceasing him besides his parents was his wife Mildred Lancaster Cannon.

C.W. “WILBURN” FOX, 77, Oneonta, died Nov. 7, 2008, in Jefferson County. A native of Blount County, he was the son of the late Albert Proncie and Lizzie Moore Fox. He was a retired painter and an active member of Community Church of the Brethren and Painters Local 57. Predeceasing him other than his parents were his wife Mary Faye Fowler Fox; brothers James and Leonard Fox; and sisters Lois Benefield, Augusta Huie, Jewelean Barfield, and Bernice Hathcock.

TOMMY A. HELMS, 92, Blountsville, died Nov. 2, 2008, at St. Vincent’s Blount. He was the son of the late Norton J. and Dolly Mead Helms and the husband of the late Opal Yates Helms. A native of Alabama, he was a retired road grader operator for Blount County. He was predeceased by son Larry Helms and brother Lonnie Helms in addition to his parents and wife.

CLAUD C. MEAD, 95, Blountsville, died Nov. 5, 2008, in Hanceville Nursing & Rehab. Born in Blount County, he was the son of the late M. P. and Nora McCrary Mead. He was of the Baptist faith and worked as a farmer. Predeceasing him besides his parents were son Claud C. Mead Jr. and sister Mae McKleroy.

Roy was born Oct. 23, 1934, in Altoona, Ala., the second of nine children. He married his high school sweetheart, Laura Sue Nichols, on April 5, 1953. Roy and Sue were married for 55 years. After a year of marriage Roy joined the United States Air Force. He retired from the Air Force in 1974 and later went to work for TU Electric, retiring from there in 1992, after 15 years with the company. Roy also began college while still in the Air Force and earned his bachelor of science degree in education.

Roy loved cars and working on cars. Throughout most of his adult life he either worked at or owned a service station or bought and sold used cars. As a businessman he was always honest and fair with people. He was an avid NASCAR fan and for years raced stock cars.

During his lifetime, Roy lived in many states and other countries, including Alabama, Michigan, California, Japan, Florida, Virginia, Spain, Maine, Alaska, Thailand, and Texas. At the time of his death, Roy and Sue were living in Athens, Texas, where they had been residents for 28 years. Roy was a member of Fellowship Baptist Church in Athens at the time of his death.

– written and paid for by family

RANDY NOEL THRASHER, 50, Locust Fork, died Nov. 3, 2008, in Hines, Ill. The Marshall County native was a 1977 graduate of Locust Fork High School and a member of Edgewood Baptist Church. He was an Air Force veteran employed as an aircraft mechanic. His parents are Clara Tims Thrasher of Locust Fork and the late Earlie Thrasher.