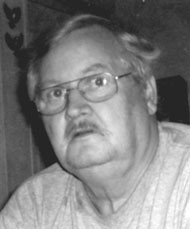 If there appears to be a disagreement among family
members about information to appear in an obituary,
The Blount Countian reserves the right to decline to
publish any of it. The newspaper takes pride in not
charging for publishing obituaries except for those of
persons without direct connection to this county, in
which case persons requesting them will pay for them
when they are submitted.

ODELL NAOMI BALDWIN, 87, of Oneonta, died Oct. 26, 2009, at St. Vincent’s Blount. A native of Blount County, she was a member of Fairview Baptist Church. Predeceasing her were husband John Henry Baldwin and parents Andrew Reda and Lela Frances Thomas Gulledge.

BOBBIE BUCKNER, 66, died Oct. 31, 2009, at St. Vincent’s. A native of Blount County, she was the daughter of the late Paul and Beautie Black Goble and the widow of Wayne Buckner. She was owner/business manager of Buckner Lumber Company and a member of Blount County Saddle Club.

JAMES BUFORD EASTER, 76, of Remlap, died Oct. 29, 2009, at VA Hospital. Born in Brentwood, Tenn., he was the son of the late Claude and Eunice Larkin Easter. He served with the Air Force during the Korean Conflict and was a member of the American Legion and the Teamsters Union. Of the Baptist faith, he was a retired truck driver with ATF Trucking. In addition to his parents, he was predeceased by son Jerry Earl Easter.

Memorial services are to be announced by the family. Blount County Cleveland Funeral Home is in charge of arrangements.

ELIZABETH FAYE KILLOUGH, 59, died Oct. 26, 2009, at her residence in Oneonta. A native of Blount County, she was the widow of Ronald Killough.

STEVEN WAYNE SALTER, 51, of Tucson, Ariz., and formerly of Blountsville, died Oct. 26, 2009, of cardiac arrest in a Tucson hospital. He was predeceased by his father Ralph E. Salter Sr. and all his grandparents.

Survivors also include children Jeremy Salter of Hoopston, Ill., Melissa (Eric) Beauregard of Acworth, Ga., Robert Staton of Claremore, Okla., and David (Jessica) Staton of Marshall, Mo. His mother says his grandchildren and many nieces and nephews will also miss their fun time with Steve.

EDWARD JAMES SHIRLEY, 78, of Hayden, died Oct. 28, 2009, at his residence in Hayden. The Blount native was retired from the U.S. Navy. He was predeceased by parents Thomas and Girtha Lee Meador Shirley and brothers Carvin, L.B., and Buddy Shirley.

MILDRED SMITH STEPHENS, 82, of Horton, died Oct. 28, 2009, at Cullman Regional Medical Center. She was the daughter of the late Ben H. and Genoma Shelton Smith. Although she lived many years in Attalla, she was a native of Blount County and lived in this county before her death. She taught more than 37 years in the Blount, Etowah, and Attalla school systems with many of those years being at Stowers Hill Elementary. She was a member of Bethel Baptist Church and a former member of New Prospect and Stowers Hill Baptist churches.

WINFRED CHARLES THOMAS, 76, died Oct. 26, 2009, at his residence in Oneonta. A Blount native, he owned and operated Thomas Barber Shop in Oneonta for 44 years. He was a member of Union Hill Church of the Nazarene. Predeceasing him were wife Doris Lowe Thomas; parents Elmer and Essie Washburn Thomas; brother Willie Thomas.

JARRETT RAY WALL, 35, died Oct. 27, 2009, at his residence in Blountsville. He installed hardwood flooring. Born in Madison County, he was married to Michelle Lynn Scott Wall.

The body was to be cremated. No services will be announced by Blountsville Funeral Home.