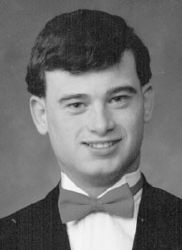 WILLIE KATE GABLE FOWLER, 85, died Jan. 30, 2009, at Trinity Medical Center, Birmingham. Born in Cullman County, she was the daughter of Veda Gable and Eula McRae Gable. She grew up in Blountsville, graduated in 1942 from J.B. Pennington High School, and attended Birmingham Business College. In January 1944, she married Pierce L. Fowler of Birmingham, and in the early ’50s, she was co-founder of the family-owned business P.L. Fowler Painting Company. She was a member of Dewey Heights Baptist Church in Pinson. Her husband and her parents predeceased her.

EDWARD M. “NED” FRANKLIN, 93, died Feb. 2, 2009, at his residence in Locust Fork. Son of the late Joseph and Mary Aileen Moor Franklin, he was proud that his father was a native of Ireland. He was a veteran of the United States Navy and was a member of Our Lady of Lourdes Catholic Church and Knights of Columbus, third degree. He was employed many years as bookkeeper for Lehigh Coal Company in Trafford and was the first postmaster of the Locust Fork Post Office, from which he retired in 1989 after 28 years’ service. Predeceasing him in addition to his parents were son Billy Franklin; brothers Hugh C., Joe, B.M., Tom, and John Franklin; and sister Mary Aileen Franklin.

Huntsville/St. Jude’s Hospital. Son of Marshal Grigsby of Albertville and Jane Cain Grigsby of Boaz, he was a 1991 graduate of Cleveland High School. He was disabled and never married. Predeceasing him were grandparents Lester and Josie Cain.

Surviving besides his mother and father

CATHERINE ELIZABETH HOWARD, 72, of Remlap, died Feb. 4, 2009, at TLC Nursing Center. Born in Jefferson County, she was the daughter of the late Robert Earl and Emma Cleo Langford Smith. She had worked as a quality control auditor. Besides her parents, she was predeceased by brothers Bud and Aubrey Smith and sister Jean Rice.

ELBERT J. JEFFERSON, 94, died Feb. 3, 2009, at his residence in Trussville. A former resident of Royal, he was the son of the late Van and Beulah Baker Jefferson. He was retired from U.S. Steel in Birmingham and was a member of Snead Baptist Church. Predeceasing him besides the parents were wife Mary Black Jefferson; a brother; and two sisters.

VIRGINIA HOLDER KISER, 84, died Feb. 3, 2009, at her Blountsville residence. Born in Blount County, she was the daughter of the late E.H. and Frances Hudson Holder and widow of Chester Paul Kiser. She was a member of Mt. Hebron Baptist Church and had retired as a seamstress with Blue Bell.

REGINA LYNN RICE, 44, of Remlap died Feb. 5, 2009. Employed as a waitress, she was the daughter of the late James Virgel and Norma Jean Smith Rice.

RAYMOND HENRY RUDLOFF, 73, of Blountsville, died Feb. 2, 2009, at St. Vincent’s Blount. Born in Pennsylvania, he was the son of the late Mr. and Mrs. Henry Rudloff. A widower, he had been married first to Elda Rudloff and then to Katie Marie Smith Rudloff. He was a member of Rock Springs Methodist Church and a former truck driver for Wiley Sanders Trucking Line of Troy.