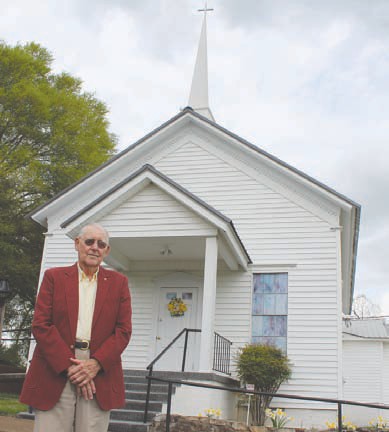 Just in time for Easter Sunday, the members of Oak Grove Methodist Church received word the church was legally theirs.

For years, the church has been in dispute with the national organization over who is the rightful owner of the real estate and bank accounts of Oak Grove after the members chose to withdraw and stop supporting the United Methodist Conference.

Following that decision five years ago, all locks on the doors of the church were changed by a United Methodist District superintendent in order to deny access to the members, according to church trustee John Bobby Green.

In a previous article, Robin Scott, United Methodist District superintendent of Mountain Lakes, said the church doesn’t belong to any one person.

“The conference owns the property,” Scott said.“Churches can’t choose to leave after they have behaved and acted like a United Methodist Church for so many years.”

Scott was not the superintendent who changed the locks but said this type of trial had been conducted in the past, and never in history had the church won.

“Oak Grove proved at trial that the original deeds to the property were recorded in 1879, 1897, and 1965, and that the deeds clearly showed that the local church owned the property through their trustees,” said Brett King, attorney for Oak Grove Methodist Church.“We are very happy for the Oak Grove Church to have received this good news right before Easter.”

King said he was informed by a representative of the national organization that there would be no second appeal to Montgomery.

“I always like to see those little churches hanging on,” King said.“The members deserve to worship there for the rest of their lives.”