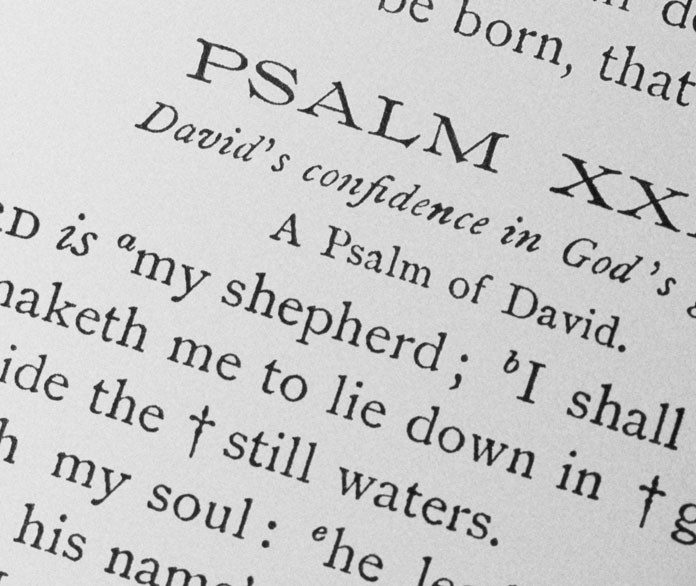 I have come to that part of life – waiting in doctors’ offices and attending memorial services – when the Psalmist’s petition “Teach us to number our days”
(90:12) has a somewhat different and more urgent meaning then in years previous.

If only we could “number our days,” how much better we could plan financial and family business. Such as: Do we need to rewrite our wills and power-of-attorney documents? Knowing the date of our “exit,” we could plan accordingly. But we cannot.

While older people may think of “immortality” as the promise of life after death, the young feel on a subliminal level that they will not die. As a young man I consciously knew and affirmed that we all are mortal. Still, I lived as though I would somehow be exempted from what I now recognize as the common fate of all. As a child I fretted that time passed so slowly; as a rather “senior citizen” I keep marveling how fast it flies by. OUR ETERNAL HELP

Old Testament scholar Samuel Terrien says that Psalm 90 “belongs to the masterpieces of mankind.” It was this psalm that inspired Isaac Watts’s immortal hymn: “O God Our Help In Ages Past.”
The psalm is not just the testimony of a single individual, but the expression of a community at worship. Verses 1 and 2 are an invocation praising God; verses 3-11, a lament over human mortality and the nation’s tragic experience. Verses 12-17 are prayers of petition by a community of faith.

We are frequently reminded that God’s sense of time is not the same as ours: “For a thousand ages in thy
sight are but as yesterday when it is past”
(v.4). Recently, while watching “The Universe”
on the History TV channel, it suddenly occurred to me that science now affirms what the Psalmist and Watts tell us about time. On earth our sense of time – seconds, minutes, hours, etc. – are governed by the rotation of our planet and its path around the sun. Once we leave behind our earth and solar system the determinants of time, 24 hours of light and darkness, are repealed and ignored by the expanses of space. God and his universe are in a different time-frame of reference. The billion or so years of our planet are but a blip in the history of this vast universe.

We all know, consciously or unconsciously, yet rarely if ever acknowledge, that not only is the time of human beings severely limited, but it is filled with disappointments and misfortunes at the least and tragedies and calamities at the most. He says what we are too timid to put into words: “Thou turnest man back to the dust…by
thy wrath we are overwhelmed…”(
vs. 3- 7). As a youth, I thought the “wrath of God” was overemphasized at the expense of his love. These verses may sound harsh because we today may emphasize the love of God at the expense of his anger at our unrighteousness. THE ULTIMATE HEALING

Our mortality is ascribed to our sin. But does it mean that if we sinned no more or, at least, less frequently and severely, our mortality would be repealed? I think not, because sin is part of what it means to be human, to live in a world of free will to disobey and even rebel against the Creator. Sin is part of our finitude, our imperfection. Our plight is not just sins, the things we do or not do, but also Sin, what we are and are not.

The Psalmist clearly attributes death to God: “Thou
dost sweep men away…”
(v.5). It is part of God’s plan, part of the price of free will. I think of death as God’s act of Ultimate Healing, the release from human restraints and impediments. So, the Psalmist comes before the Lord, not to criticize him and his plan, but to seek redemption. He does not ask for life eternal, because at this time in Jewish history, officially at least, there was no thought of life after death. So his complaint may sound like a funeral dirge, but it is really a hymn of faith. Terrien says: “His faith triumphed over the seeming

meaninglessness of existence…His words led others
to understand after him that the last breath may be the
moment of a new birth.”

The miracle of the Psalmist is that, despite his belief that death is the end, he does not despair but chooses to live by faith in God. This is not “eat-drink-and-bemerry for-tomorrow-we-die,” but to live to the fullest in the presence and power of God. In vs. 10 and 11, he looks to the normal life expectancy of his time, 70, maybe even 80 years. But, we, because of our faith in Christ’s resurrection and the promise of ours, are not satisfied with even 100 years: we are focused on eternity. We believe life to be more than “a tale told by an
idiot, full of sound and fury, signifying nothing.”*
If God is eternal, by the grace of God we want to share eternity with him.