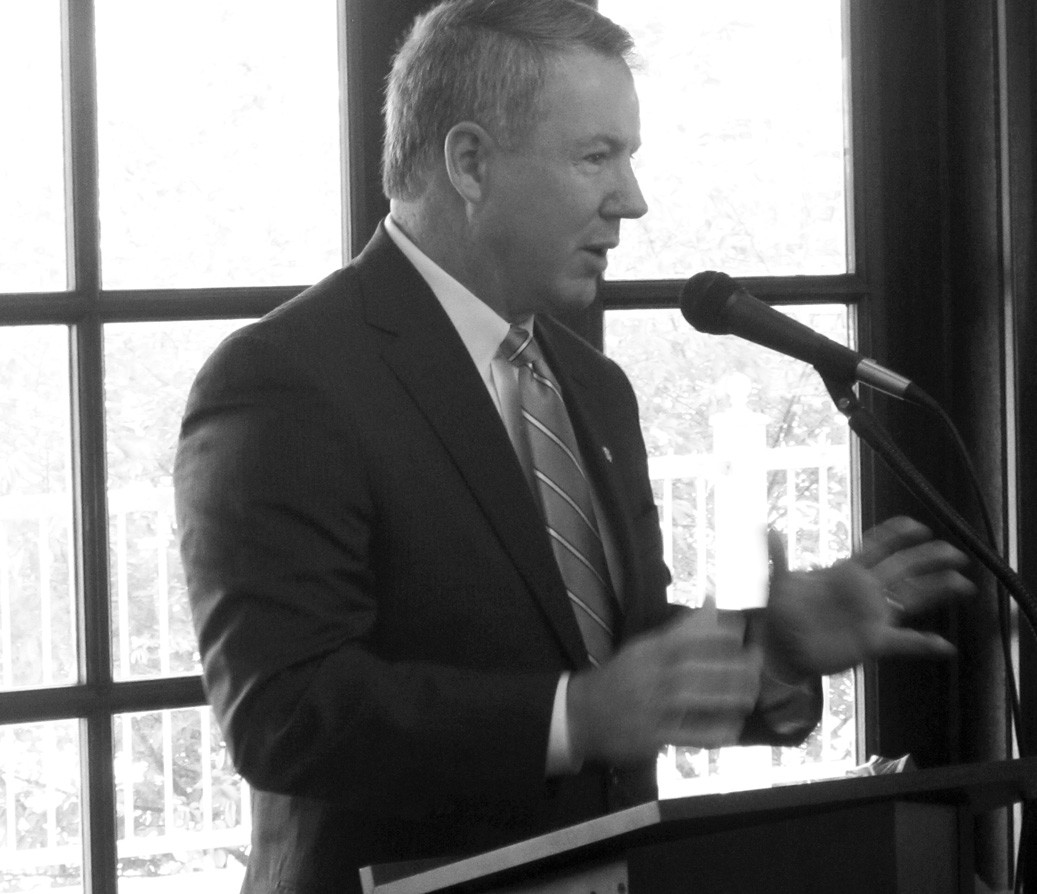 Brian Hilson, president and chief operating officer of the Birmingham Business Alliance (BBA), told a modest crowd at the chamber breakfast last week that the Northern Beltline project connecting east and west Jefferson County will create “easily the biggest economic impact in the area we will ever see.” The BBA has been a major supporter of the oft-delayed project. Hilson gave an overview of “Blueprint Birmingham” which he described as a four-part strategic plan for the seven-county Birmingham metro area. “The thing I like about it is that it’s not just a market strategy, but it actually works on the issues to make the area more marketable.” The issues revolve around education, workforce, leadership, transportation, and infrastructure, he said. “Where are you in terms of the critical variables?” he said in answer to a question about how those in the room could help the county progress. The breakfast was sponsored by Spring Valley Beach. – Ron Gholson