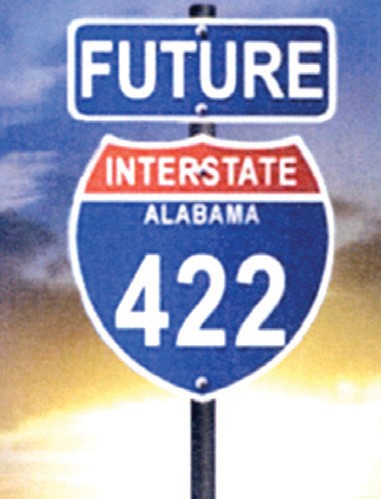 Ranee Carter reported at the chamber breakfast Aug. 17 on the anticipated impact of the northern beltline project on the economy of the surrounding area, including southern Blount County. Carter is executive director of the Coalition for Regional Transportation.


Construction on the massive highway project, to be designated I-422, could begin within the next 12 to 18 months, according to Carter, as the Alabama congressional delegation, especially Sen. Richard Shelby and Rep. Spencer Bachus, continue to hold the line against challenges to its funding.

The first segment scheduled for construction is a three-mile, six-lane link connecting Ala 75 and Ala 79 in northern Jefferson County, only a short distance south of the Blount County line. Right-of-way for the segment has already been acquired.

Below is a summary of key facts concerning the project, according to Carter:

•the total projected economic impact during the construction phase is estimated at over $7 billion;

•during the 21-year construction phase, nearly 70,000 direct and indirect jobs will be created;

•of those jobs, about half will be construction jobs in the Birmingham metro area;

•there will be 372 new businesses created in the six-mile corridor adjoining the beltline in the years following construction.

Other county-specific inferences include:

•increased population growth and resulting increased pace of business, residential, and other development can be expected in southern Blount County, particularly along the Ala 75 and Ala 79 corridors and tributary roads;

•increased population and economic growth can be expected to accelerate need for new infrastructure in southern part of county, including expansion of road, utility, and school facilities.