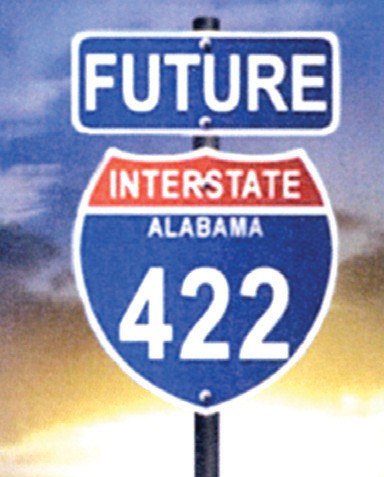 Last week’s public hearing at Gardendale Civic Center afforded a golden opportunity for many advocacy groups to stake out their position – for or against – on construction of the Northern Beltway, to be designated I- 422 when it is completed.

That could be some time after 2032 when construction on the later phases of the 52-mile, $4.7-billion project is scheduled to begin. Alabama Department of Transportation (ALDOT) officials emphasized that all dates are tentative, and that funding, particularly for the latter phases of the project, has not been committed.

Advocacy groups (and individuals) against the project were in short but predictable supply: The Black Warrior Riverkeeper, the Audubon Society, the Cahaba River Society, and a few likeminded individuals who felt environmental integrity – water, air, and species habitat – will be compromised by the project.

During the ninety-minute period between 5:30 and 7:00 the scorecard ran approximately 40 “for” to 5 “against.”

Also remarkable was the number of business organizations that spoke in favor of the project – O’Neal Steel, Associated Contractors of Alabama, Municipal Employees Assocation of Alabama, U.S. Steel, Birmingham Business Alliance, Ecnomic Development Partnership, the Coalition for Regional Transportation (a main beltline advocacy group) and others, including a number of elected officials for towns and counties in the area. Probate Judge David Standridge spoke in favor of the project on behalf of Blount County.

Meanwhile, the number of individuals not representing organizations who spoke was relatively small, particularly those from the affected area itself – Gardendale, Warrior, and northern Jefferson County in general. During the same 5:30 to 7:00 period during the public forum only one individual with an address obviously in the nearby area spoke – a woman from Mount Olive who favored the project. Many of those who spoke in favor gave addresses from the over-the-mountain area of Birmingham to Shelby County.

DOT officials representing the highway’s design team said that while the route shown in its maps is reasonably accurate in the overall path indicated, the route in its finer details is still fluid. Facts about the northern beltline

the road would consist of a six-lane divided highway, three lanes in each direction, separated by a 50-foot median, with an average right-of-way width of 300 feet to 400 feet; 15 interchanges are proposed.

first segment to be built will link Ala 75 and Ala 79, just south of the Blount County line; start construction date is estimated 2012.

last segment scheduled is the westernmost link to I-459/20/59, estimated to begin construction in 2032.

no estimated completion dates are given by DOT.

The Black Warrior Riverkeeper has filed suit against ALDOT, contending that the project “will further contribute to traffic congestion and air pollution in the region. The beltline will not alleviate traffic issues in Birmingham as proponents continue to claim.” The suit also contends ALDOT has not followed federal law in implementing the project. Representing the plaintiff is the Southern Environmental Law Center (SELC).