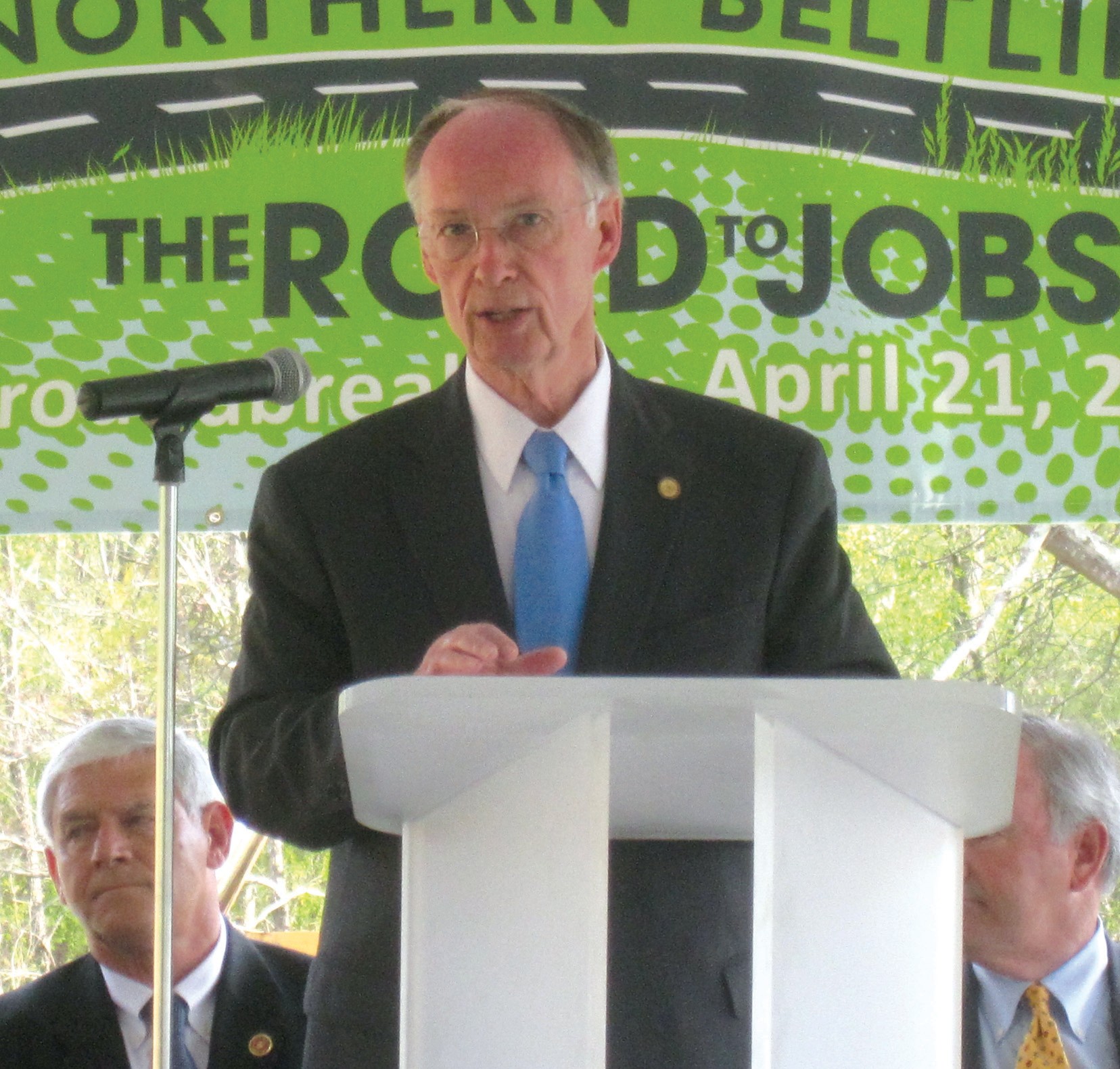 Although contractors and subcontractors actually moved onsite in Palmerdale and began clearing and grading in late February, the official kickoff of the longdelayed Northern Beltline project was held Monday. More than 150 people, including Gov. Robert Bentley and an impressive array of local and state politicians, gathered at the beginning point of the 52- mile, $5.4-billion, 30- year-long project to celebrate its launch. The first phase of the project will connect Ala 75 and Ala 79 just south of the Blount County line. It is expected to be complete in approximately 30 months, creating an interstate link between Pinson and Gardendale, and ultimately generating an estimated 70,000 jobs, either directly or indirectly. A few of those jobs have already been claimed by workers from the area. The proposed beltline first appeared on the federal highway planning view in 1993. In 1995, it was added to the Appalachian Development Highway System, which became the major vehicle for its continuation and funding as a viable project. Opposed by environmental and water quality organizations in recent years, the project survived a final ‘scare’ from challengers about a year ago, according to retiring U.S. Rep. Spencer Bachus, who figured prominently in defending the project over the course of his 20- year career in the U.S. House. Thanks and more thanks were the order of the morning Monday, as half a dozen officials, including Blount County Probate Judge Chris Green, built upon Bentley’s opening remarks. High on the list of officials receiving praise for his efforts was Alabama Department of Transportation director John Cooper, who Bentley called “the best ALDOT director the state has ever had.” – Ron Gholson