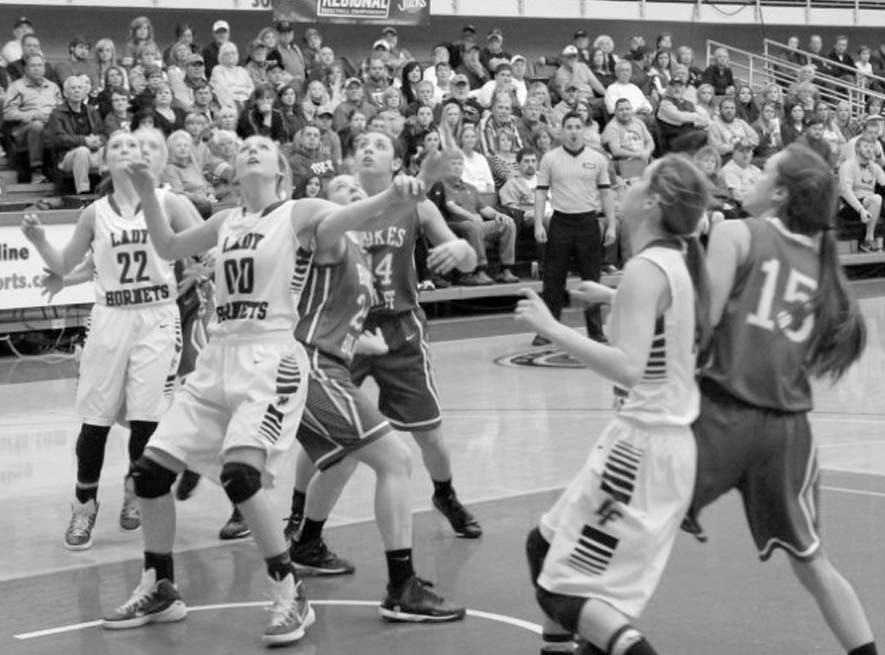 The old saying that styles makes fights pertains to boxing but it also applies in other sports, especially basketball.

On the surface, this appears to be a tough match-up for Locust Fork and in some ways it definitely is. First of all, Locust Fork tallest player is junior forward Jaime Gail Hudson, a warrior and rebounding machine listed at 5’8.

Jacksonville counters with a roster that features 10 players listed 5’10 or taller, including 6’1 sophomore Sierra Stone who scored 14 points and pulled down 14 rebounds against Oneonta.

Jacksonville has played good defense this year but they have also had foul problems against better guards.

Look for Locust Fork to spread the floor on offense and make Jacksonville chase. The Lady Golden Eagles may have a hard time finding Kimberly Horton, Ashlyn Adkins, and Madison Cater – and all three are capable of putting the ball on the floor and creating their own shot.

On the other end of the floor, Locust Fork has to rebound the ball. Jacksonville will try to pound the ball inside and use their size and then kick it back out to Virginia Poe, a 5’11 guard with wonderful touch.

Senior point guard Angel Kidd is the engine of the Jacksonville offense. Locust Fork has to do a good job of staying in front of her and not letting her penetrate the paint.

It will not be easy, but the Hornets have a chance today at Jacksonville State.

The winner advances to the state Final Four and will play the South winner Tuesday, Feb. 24, at 6 p.m. at the Birmingham-Jefferson Convention Complex (BJCC).