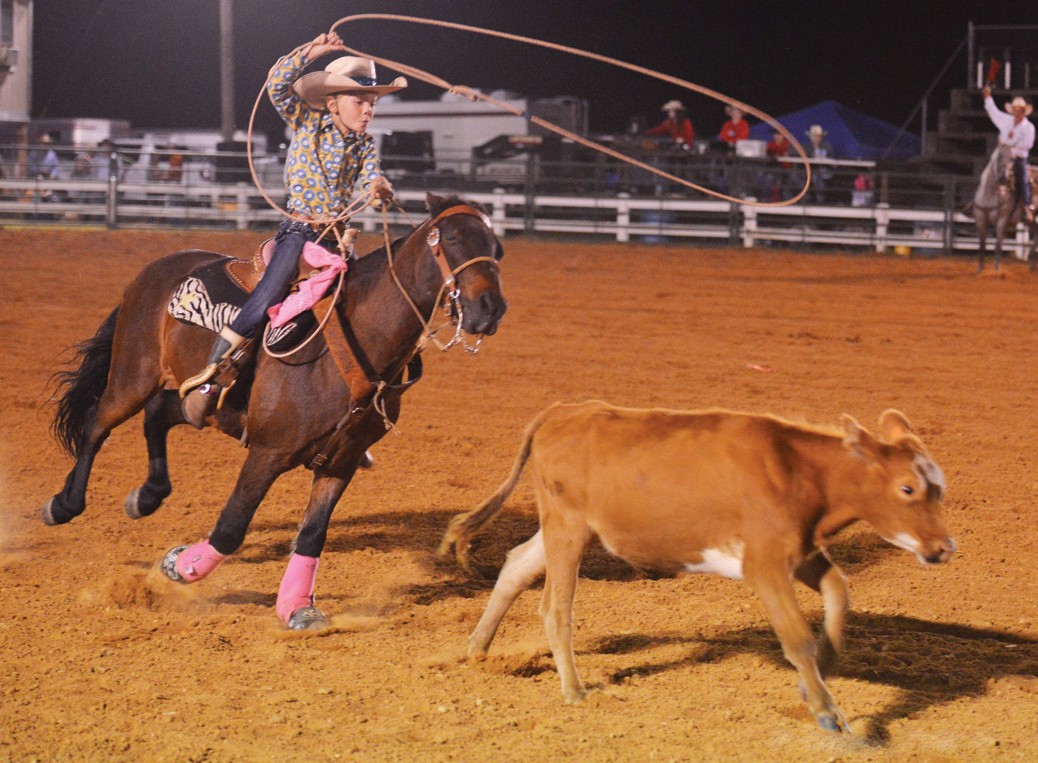 Eight-year-old Dilyn Barron will compete this weekend during the North Alabama Youth Rodeo.

From goat tying to bull riding, more than 50 kids, ages 7-18, will be competing in North Alabama Youth Rodeo Association (NAYRA) events at the Blount County-Oneonta Agri-Business Center this weekend.

The group was organized by Paul Kirby, of Cleveland, and Kenny Smith, of Walnut Grove, and some competitors have local connections including Blake Battles and Justin Bryant, of Oneonta; Maddie Hays and Ethan Smith, of Snead; Dakota Hicks, Isaac Kirby, and Jayleigh Kirby, of Cleveland; and Zack Snead of Altoona .

This year, the NAYRA has provided $26,000 in prizes, and will also offer scholarships for one boy and one girl.

Paul’s wife, Lorinda, is the NAYRA treasurer/secretary. She says the organization began after the realization a group such as this was needed in northern Alabama. Youth rodeo was available to those in the southern parts of Alabama, but it was hard for youth in the northern part of the state to travel that far, that often.

“There are a lot of kids in this part of the state that do this, and we wanted to give them some good competition,” Lorinda said.

NAYRA is a Christian organization where devotion is held before each show, according to Lorinda, and that is what drew at least one family to NAYRA.

Elkmont native Kellie Barron is the mother of Dilyn Barron, an NAYRA participant. Kellie says she enjoys being a part of a Christian organization.

“Rodeo is a heritage where God still comes first,” she said. “In a time where many forget that, it is important to be instilling this in our children because they are the future. NAYRA promotes this and our family thinks that’s awesome.”

Dilyn, 8, is one of the youngest competitors and first became involved in NAYRA as a flag girl but soon discovered actually participating was her wish. Now, she competes in every event in her age group.

Dilyn was no stranger to rodeo, she has been riding since she was 5 and both her parents were ropers growing up. Kellie says the family oriented NAYRA was perfect for Dilyn, her brother, Luke, and her father and coach, Jason.

NAYRA events are held throughout northern Alabama once a month. Anyone interested in competing must be a member of the organization.

Competition begins on Friday at 7 p.m. and on Saturday at 6 p.m. Every age group will run both nights. For more information, visit www.nayrarodeo.com.