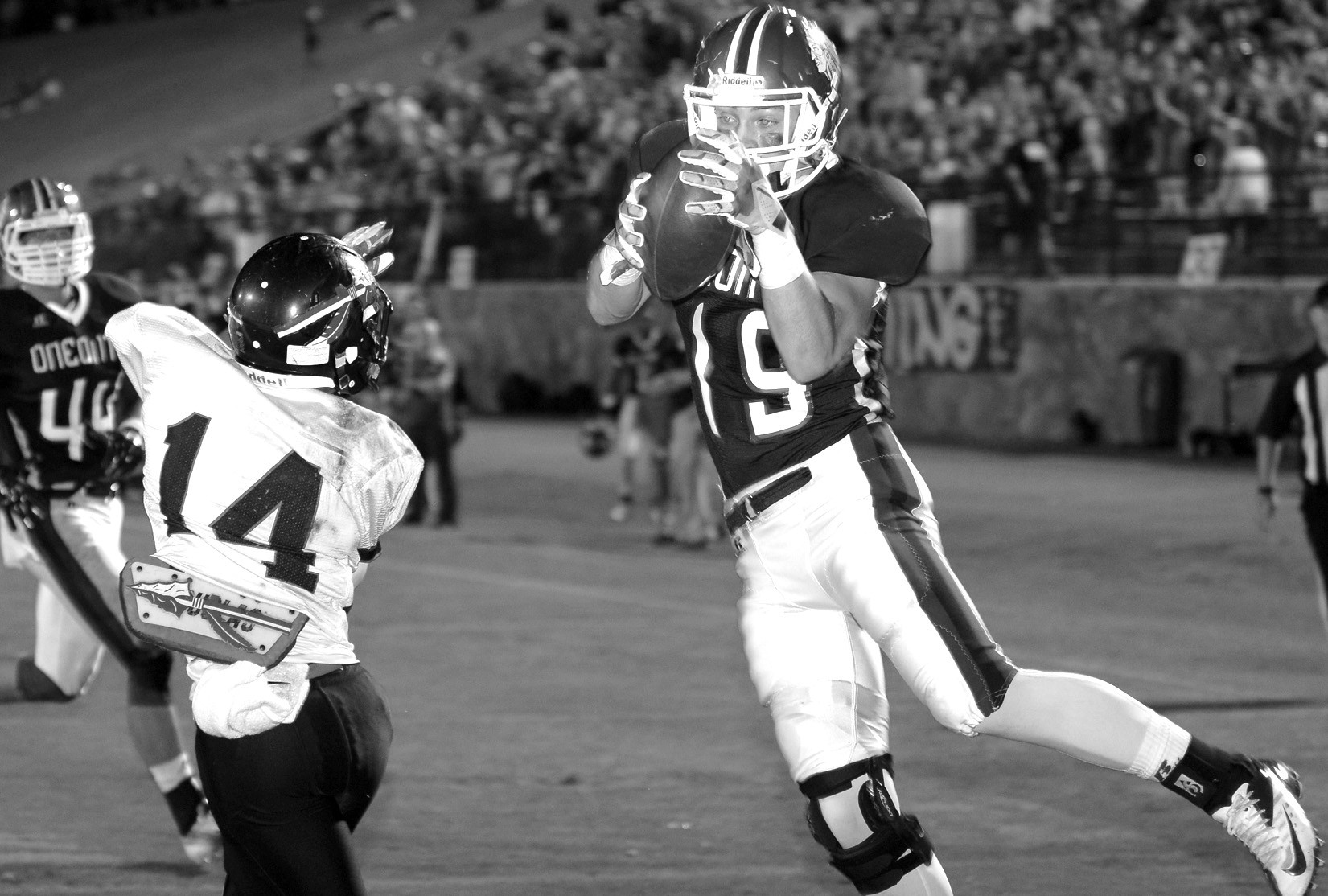 The Oneonta Redskins couldn’t get it done in front of a big homecoming crowd last Friday night as North Jackson exploded for 31 second-half points and rolled to a 52-27 victory.

The Chiefs took a 21-14 lead to the half after Octavius Matthews scored on a 29- yard run.

Oneonta turned the ball over early in the third quarter when Dimmock was sacked and fumbled. North Jackson scored on a two-play drive to increase the lead to 28-14.

Oneonta answered with a 35-yard touchdown pass from Dimmock to Smith an trailed just 28-21 with 9:44 to play in the third quarter.

Unfortunately, North Jackson was just getting warmed up.

Oneonta got an 88-yard kickoff return for a score from Ko Powell to end the third quarter but Matthews broke loose on a 40-yard run early in the fourth quarter to put the Redskins away.

Oneonta was led by Dimmock, who completed 13 of 25 for 198 yards and three touchdowns despite being sacked seven times.

Cole caught six passes for 85 yards and a touchdown while Smith had four receptions for 76 yards and two scores.

Colton Walker led the Redskins with 46 yards on four carries while Powell had seven carries for 44 yards.

Cole led the Redskin defense with 16 tackles while Cody Tolbert had 11 tackles, four for loss. Austin Crim had seven tackles and Sincere Baker recovered a fumble.

Oneonta (6-2 overall, 5-1 in 4A Region 7) travels to Huntsville to meet Westminster Christian this week.