No suspect named in window shootings 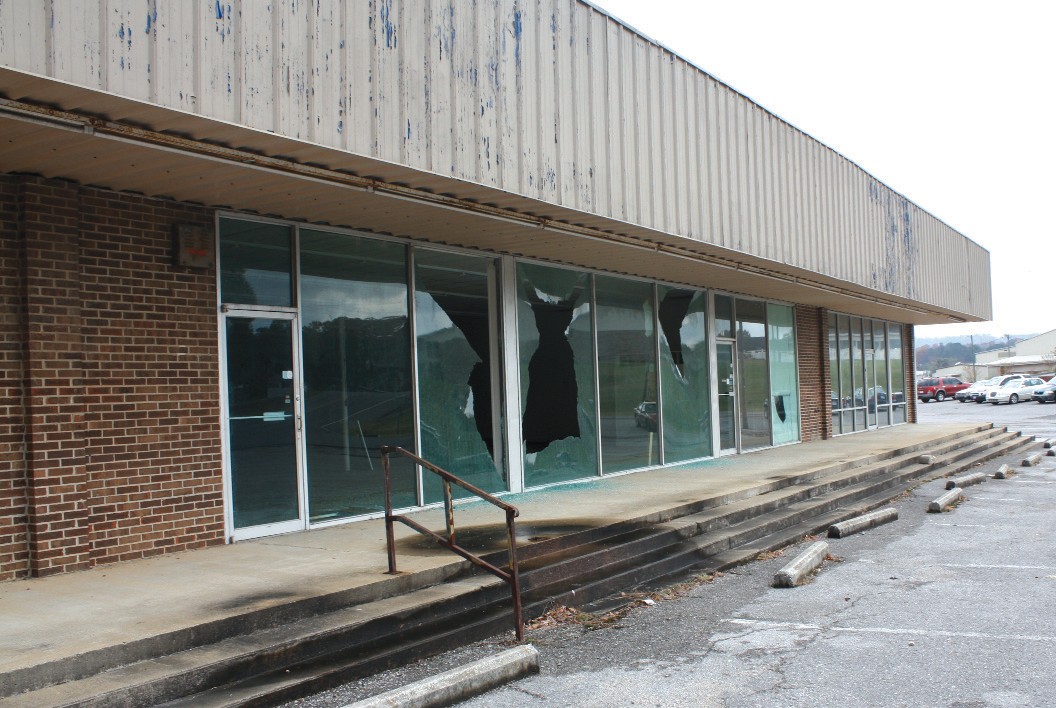 The old Bargain Town building’s windows were shot out last week. The Oneonta Police Department is investigating the incident.

The Oneonta Police Department is investigating three incidences involving windows being shot out, including multiple windows at the old Bargain Town building, a car window by the Oneonta Library, and a storm window at a residence in Eastwood. Police are currently exploring leads in the case.

A 19-year-old male is in Blount County Jail with no bond after being charged with two counts of theft 1st degree and arson 2nd degree. The suspect stole a vehicle at McDonald’s in Oneonta and took a “joy ride” before returning to the restaurant, according to Oneonta Police Chief James Chapman. Approximately one month ago, the suspect was released from jail on bond after stealing another vehicle. He also is charged with arson 2nd for setting fire to a house owned by his grandmother. The suspect does have a juvenile history, and as of Tuesday morning was still in jail.

Four juveniles have been referred to juvenile probation after breaking and entering an abandoned house on Pine Street. One suspect was in possession of an air pistol at the scene. The suspects are two girls ages 15 and 13, and two boys, ages 16 and 14. Nothing was stolen from the residence, but there was damage from forced entry.

On Monday, a lawn mower trailer valued at approximately $1,500 was stolen from Terry Sligh Automotive during operating hours. The police are currently investigating the theft.