No completion date for new bridge 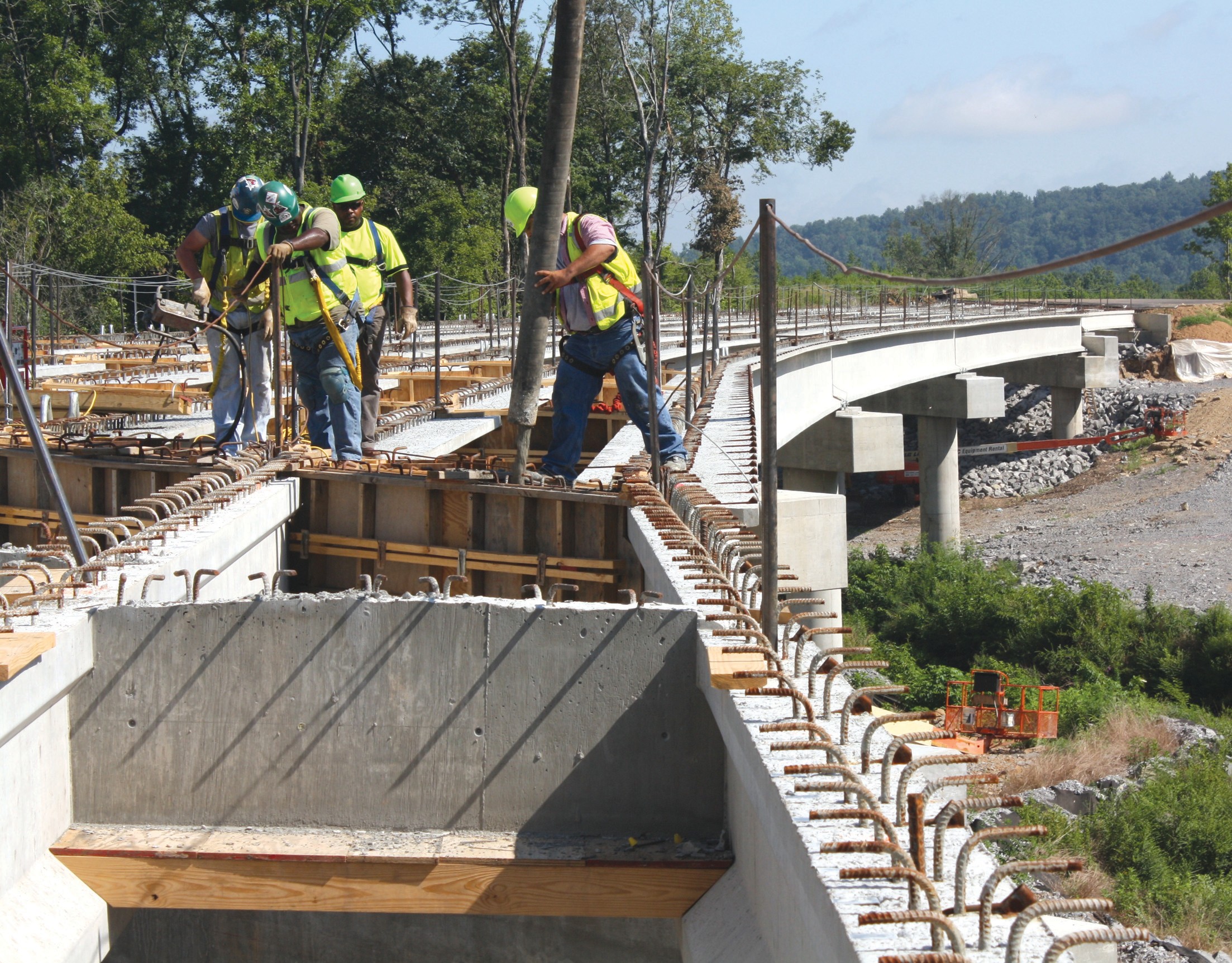 Construction workers with ReCon Inc. pour cement for the new bridge on Ala 75.

No official completion date has been set for construction on the new Ala 75 bridge just north of Oneonta, but Gary Smith, district manager of the Alabama Department of Transportation for Blount County, estimates the entire project should be finished by the end of the year. Work on the bridge began Aug. 19, 2011, and the contract calls for the bridge to be completed after 310 working days.

The lack of shoulder area on the original bridge caused it to be deemed functionally obsolete by the Department of Transportation. The standard for adequate shoulder area is 8 or 10 feet, and the current bridge has almost no shoulder area.

“We have hundreds of those across the state that have no shoulder,” Smith said. “They can’t afford to fix all of them at once, but they assign a priority to them for different reasons, and this one was probably made the priority because it’s low, and it has flooded before.”

In 2010, the average daily traffic across the bridge was estimated to be over 13,000, but Smith said no one crossing the bridge is in danger because the current bridge is structurally sound. The bridge replacement is solely based on the flooding and shoulder-width issues.

The location of the new bridge was determined by designers in Montgomery who use federal design criteria to determine what is permissible, according to Smith.

“You can have a sharper curve with a lower speed limit, but that is a 55-mph zone, so they design it with a curve that will accommodate a 55-mph speed limit,” he said.

After traffic is diverted to the new bridge, the old bridge, which would be a barrier to water flow, will be destroyed.

“We have heard comments asking why in the world we’re building such a big bridge to take the place of such a small bridge,” Smith said. “They overdesign everything and make it where it won’t ever have to be replaced because of flooding. It’s a big one and way higher than the current one, so it should never flood unless it is a Biblical type of flood.”

The Department of Transportation is also scheduled to begin resurfacing Ala 278 from Brooksville to Snead in the upcoming months, but no other bridges in our area are scheduled to be worked on in the near future.