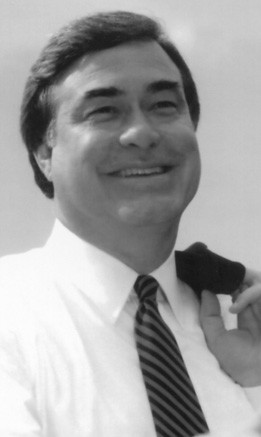 The advent and proliferation of Internet communication has caused newspaper readership to decline over recent years. It has hit close to home with the demise of the urban daily papers in Alabama. The Birmingham News, Huntsville Times and Mobile Press Register are no longer dailies.

However, our middle-sized and smalltown papers in Alabama are surviving. This is welcome news to me because my column appears in most of these papers throughout the state.

Home folks subscribe to and read their local paper to find out what is going on in their community as well as to learn who got married, who died, and who won local sporting events. This is especially true when the paper mentions their grandchild’s home run or touchdown in the victory over their neighboring rival. Hopefully, they also read my take on Alabama politics.

Over the years I have gotten to know and become friends with many of the editors, publishers, and writers for these local papers. It is very rewarding to get their calls and subsequently visit with them and talk politics.

One of the editors/publishers I always enjoy visiting with is the legendary Joe Adams of Ozark. Our relationship goes back a lot further than the decade I have written this column. I have known Joe since the late 1960s. My hometown of Troy is next door to Joe’s beloved Ozark. Over the last 50 years, Joe has followed high school sports with a passion, especially throughout the Wiregrass. He particularly loved the 1960s. I played football and basketball during that era. We played Ozark in every sport. Joe was always there.

It is a treat to sit down with Joe and listen to his stories about legendary football stars from south Alabama. His favorite story is about Troy’s famous Bobby Marlow. Marlow was a product of the Alabama Baptist Children’s Home, which was located in Troy. Joe’s memory will drift back to a Friday night in Ozark in 1950. You can almost see the scene when Joe describes how Marlow ran over all 11 members of Ozark’s team as he rambled for one of his many touchdowns.

Joe is the fourth generation of his family to publish the paper. He is Alabama’s longest serving active editor. Joe celebrated his 50th year as editor of the paper in 2007. Earlier this year, the Alabama Press Association bestowed their prestigious Lifetime Achievement Award on Joe. Over the past 55 years Joe has had a hand in getting over 2700 issues of the Southern Star to press.

While in college at The University of Alabama, Joe was sports editor of the Crimson White. One of his fondest memories is his chance to follow Alabama’s legendary

In recent years, Joe has slowed down some. His golf foursome buddies, Kells Carroll, Dr. Dudley Terrell and Jimmy Clouse, have either passed away or given up golf. Mr. Jimmy’s son, Steve Clouse, has now represented Ozark and Dale County in the legislature for two decades.

Joe Adams is an institution in Alabama newspaper lore. Those of us who know Joe well also know him as a sports and especially Alabama Crimson Tide aficionado. See you next week.