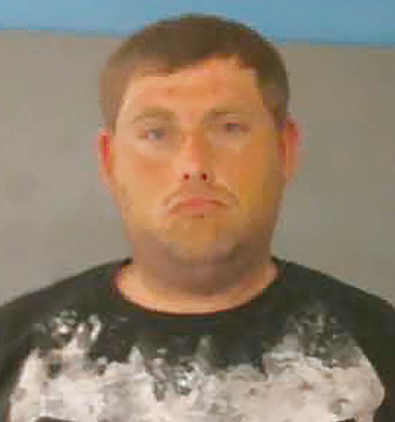 On Monday, Aug. 13, two days before jury selection was to begin in Blount County Circuit Court, Wesley Newman, 33, Arab, (pictured above) pleaded guilty to sexually abusing four girls, all under the age of 12.

The investigation began in 2015 when one of the victims reported to her school counselor she had been abused by Newman. Blount County Sheriff’s Sergeant Sue Ashworth (now retired) led the investigation with assistance from the Blount County Children’s Center. Ashworth was able to identify three more victims dating back as far as 1998, when Newman himself was a juvenile. Blount County District Attorney Pamela Casey said Newman continued his pattern of abuse up until his 2015 arrest. He was charged with having deviate sexual intercourse with all four victims.

Newman was sentenced to 20 years for each count of sodomy in the first degree and a count of sex abuse of a child under 12 years of age. He also received a sentence of 10 years each for two counts of sexual abuse in the first degree. Casey said Newman “will not be eligible for parole or receive credit for good time.”

In a press release Casey said, “I am pleased to see this matter concluded and that these young ladies did not have to take the witness stand and relive in front of strangers what was done to them. Wesley Newman perpetrated a series of horrific attacks upon these young ladies for far too long. But, justice has been served. These young ladies will have the opportunity to continue to grow and experience all of the good things life has to offer, while Wesley Newman is locked behind bars.

“I am grateful for the investigators with the Blount County Sheriff’s Office and the staff at the Blount County Children’s Center and the services that they provide for children who have been preyed upon by sexual predators.” She urged “everyone who has experienced sexual abuse to seek help. Talk to your teachers, physicians, or law enforcement officers. Together, we can stop sexual exploitation of children.”