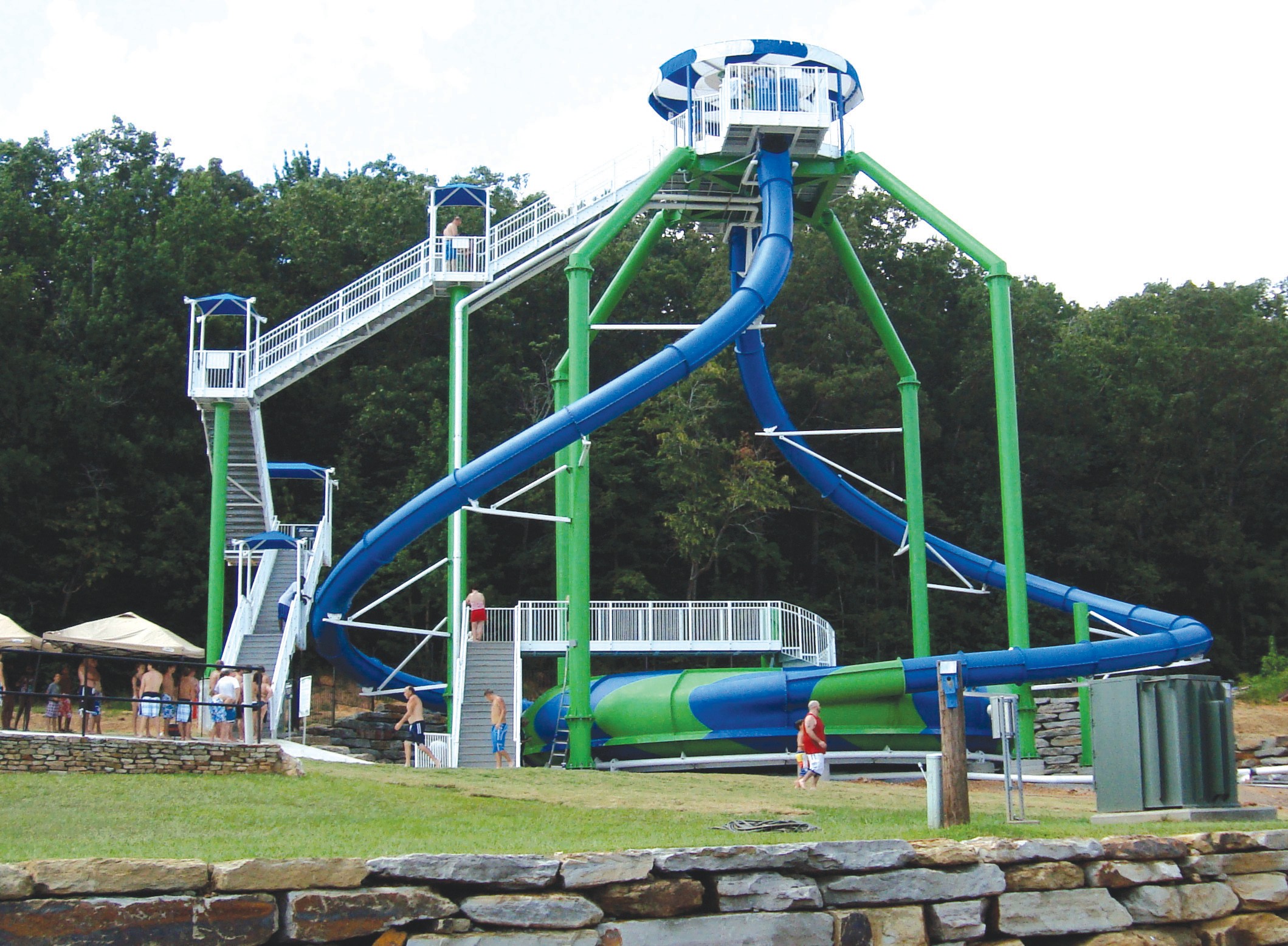 The innovative 360 Rush is the first of its kind.

Spring Valley Beach welcomed an addition to its water park this summer: the 360 Rush, a computer-operated waterslide that launches two riders at the same time.

The company that designed the slide will be at Spring Valley Beach this week with a camera crew to film the ride. Before they are allowed to ride the slide, those who attend the park while filming is taking place will have to sign a release form stating that they can be filmed.

Spring Valley Beach has received much publicity because of this new slide and has been featured in The Huntsville Times. The 360 Rush has also been nominated for the “New Ride of the Year” award. The winner of the award will be announced at the World Waterpark Association’s annual convention in New Orleans in October.

Spring Valley Beach is a family-owned and-operated water park. It averages between 500 and 1000 customers on the weekdays and up to 2000 on the weekends.

The park is the perfect place to bring your family for a day of fun in the sun as it appeals to all ages and interests. Thrillseekers will want to check out the six exciting waterslides, including the 360 Rush, while those who wish to relax will favor the two-acre swimming pool. The pool is the largest in the Southeast and includes seven smaller waterslides, three of which are located in the “Kiddie Paradise,” a large play area for children.

Visitors are free to bring picnic baskets and coolers with them, although concessions are offered onsite, and grills are available for use. The park also offers free sunscreen and free and paid parking.

“The advantage of paid parking is that they get to park closer to the picnic tables and attractions and it’s easier for those with a cooler,” said Gilliland.

Spring Valley Beach is open 10 a.m. to 6 p.m. seven days a week until school starts Aug. 15 and will be open on weekends until Labor Day. Admission is $23 for those taller than 48 inches, and admission for seniors and for those not as tall is $17. Children younger than 2 are admitted free. Individual season passes are available for $75, and family season passes are available for $59 a person.