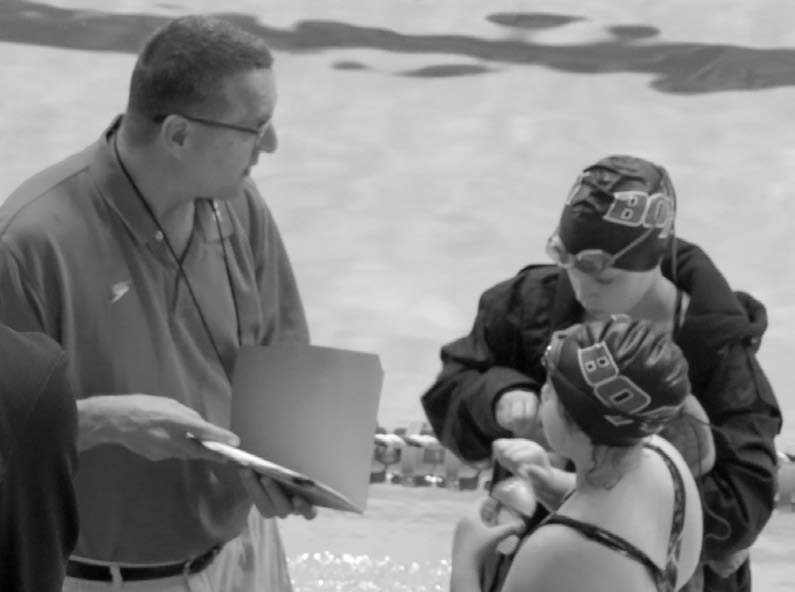 “My expectations will be higher than the previous coaches who have been here,” Moulton said.“We are going to have to change our mindset.”

In just his third week, the Ohio native says he has already identified the first obstacle to overcome – building the number of swimmers on the team.

New swimmers can learn a lot from Moulton, who first began coaching at a summer club in his home state. He coached there for 10 years while also branching out to coach more clubs in that area.

He went on to coach another decade at the South Toledo YMCA before moving to Birmingham in 1995 where he coached at the Shades Valley YMCA for another four years.

Throughout the next 15 years he coached the Hoover Blue Thunder but when the program folded last year, he was left looking for other opportunities.

The timing was perfect for Moulton’s chance to join the BOA when the previous coach moved to Kentucky.

“I was already familiar with some of the swimmers because, before they were officially BOA, they would swim with Hoover during meets,” Moulton said.“Some BOA swimmers have been swimming for as long as the program has been around (four years) so that experience is good to have but we are continuing to look for new talent.”

For more information, or to join BOA, contact Moulton by e-mail at rickm99@bellsouth.net.

BOA meets at The Gym in Oneonta where the owner, Lynn Pass, allows them to use the facilities.

The team has already made some noise during the Ralph Crocker Classic at Auburn University earlier this month.

The next swim meet is scheduled for this coming weekend at the Crossplex in Birmingham.