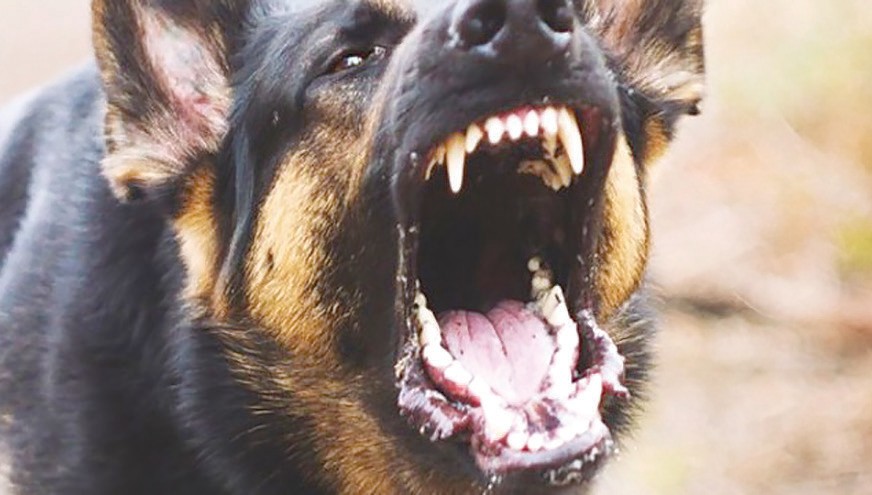 To indicate the seriousness of the subject, the excerpt below is taken from the text of the state dangerous dog law signed by Gov. Kay Ivey on March 8. It went into effect June 1. The law is referred to as the dangerous dog law, or “Emily’s Law” after the child who was killed by a pack of dogs in Jackson County last year.

• owner shall comply with all orders of the court (below) within 30 days of the order, or the dog will be put down anyway

• dog shall be microchipped

• dog shall be spayed or neutered

• owner shall pay all expenses of the investigation of the incident, pickup, impoundment, and court costs or fees of the dangerous dog hearing

• owner shall pay an annual dangerous dog registration fee of $100, or pay a $100 penalty for failure to register

• owner shall obtain a surety bond of at least $100,000 covering bites, injuries, or death that may be caused by the dog and provide proof to the court or animal control office

• owner shall provide the court with proof that a proper enclosure for the dangerous dog has been constructed. (Six more bullet points follow, containing specifications for the enclosure covering size, sides, top, concrete pad or fencing sunk two feet deep in the ground, signage, security lock, etc.) Take a breath, then consider

(1) If the dog above, which has been declared dangerous by a court, but returned to the owner subject to the above conditions, subsequently attacks and causes serious physical injury or worse to a person, then, according to Emily’s Law, the dog’s owner shall be guilty of a Class B felony (carries jail sentence of two to 20 years, and up to $30,000 in fines).

(2) If a dog that has never been declared dangerous by a court attacks and causes serious physical injury or worse to a person, but the dog’s owner had prior knowledge of the dangerous propensities of the dog and ignored them, the owner shall be guilty of a Class C felony (one to 10 years, and up to $15,000 in fines).

(3) If the dog in (1) above attacks and causes physical injury, but not serious physical injury to a person, the owner is guilty of a Class A misdemeanor (up to one year in jail, and up to $6,000 in fines).

(4) If the dog in (2) above attacks and causes physical injury, but not serious physical injury to a person, the owner is guilty of a Class B misdemeanor (up to six months in jail, and up to $3,000 in fines).

Ed. note, not a part of state law, but a reasonable inference from it: In light of the above, and out of a sufficiency of caution, any dog owner or prospective owner must consider whether to comply with the above conditions (bullet points in italics) before assuming the obligations of dog ownership in the first place. (He/she is not required to do so in the absence of a court declaration that a particular dog is dangerous.) In any event, dog owners should read the 13-page Emily’s Law in its entirety to fully grasp the liabilities it imposes on dog owners.

Numbered items below, including notes, are taken virtually verbatim from the procedure approved by the Blount County Commission last week. Information not appearing in the county’s written procedure appears in the form of italicized notes in parenthesis.

2. The animal control officer will speak with the victim or their parent/guardian to determine what occurred.

Note: A dangerous dog investigation will not be conducted if the victim was on the property of the dog that bit them or if the owner surrenders the dog to animal control.

3. After initial statements are received, the animal control officer will inform the victim of the Dangerous Dog Law and ask if they would like a dangerous dog investigation to be conducted (unless serious injury or death is involved).

4. If a dangerous dog investigation is requested, the victim will submit a sworn statement that will identify the dog and the events surrounding the incident.

5. The investigation will be completed as soon as practical, given the circumstances of the case.

6. Investigation will include but is not limited to:

• witness statements (those who saw incident and those living nearby, to establish history of behavior)

• proof of rabies vaccination, if vaccinated

7. Upon completion of the investigation, the animal control officer will make a determination if the dog is not dangerous, has the potential/propensity to be dangerous, or should be considered a danger to the community.

8. If the dog is considered dangerous or to have the propensity to be dangerous, it will be impounded immediately at either the animal shelter or at a licensed veterinarian’s office.

9. The animal control officer will submit findings of the investigation to the county attorney or to the municipal attorney as appropriate depending on jurisdiction.

10. Copies of the investigation shall also be submitted to the director of the Blount County Animal Shelter and to the county administrator.

11. The dog shall be impounded until a ruling is made in district court or municipal court as the case dictates, and all costs associated with care and confinement shall be charged to the animal’s owner.

(According to Emily’s Law, a person found guilty of a felony or a misdemeanor within the purview of the state dog law shall pay all expenses, including, but not limited to, shelter, food, veterinary expenses for boarding and impoundment, medical expenses incurred by the victim of an attack, and other expenses required for destruction of the dog.)

12. At any time in the process, the dog owner may avoid further time and expense by signing a surrender form giving consent to euthanize the animal.

“We are in the position of operating under two principles,” said Commission Chairman Chris Green. “For years we had the state rabies law as our guide. This year the state Legislature passed Emily’s Law to apply to dangerous dogs. The question is, ‘How will the commission implement the new state law, which is very detailed?’ The commission has set up this protocol so the public understands the specific steps the animal control officer is authorized to take. There is a great deal of confusion as to what exactly the animal control officer is authorized to do. A lot of calls for the animal control officer to respond to problems – dogs turning over trash cans, for example – are for things he is not responsible for.”