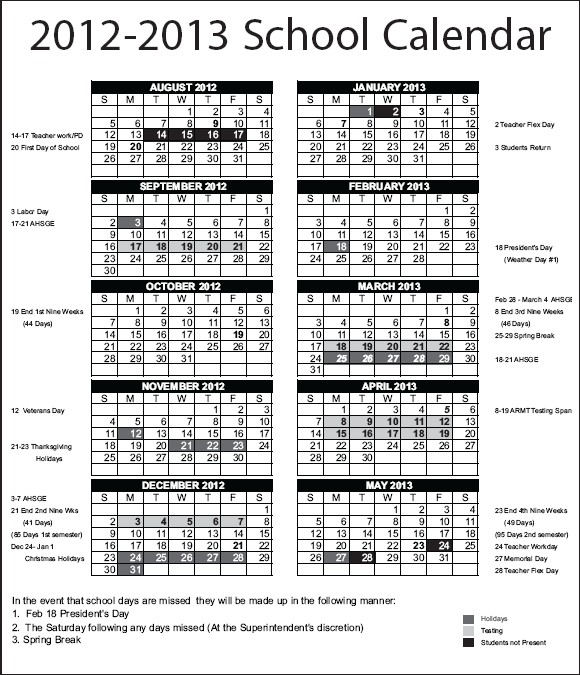 For the upcoming school year, Blount County and Oneonta school systems both chose to implement the 180-day school calendar as opposed to the 1080-hour calendar after legislation mandated that schools in the state must pick one or the other.

Oneonta Supt. Scott Coefield said he and Jim Carr, Blount County superintendent, were both patient and waited for the state superintendent to make his recommendation, which was the 180-day calendar.

“The biggest difference is students are not starting until Aug. 20, which is seven days later than when we would have started,” Coefield said. The law also states school must be dismissed before Memorial Day. “We basically had to fill in those seven days; therefore, Christmas break became shorter and weather days were cut out.”

Both new school calendars only offer one weather day, Feb. 18.

“We have eliminated all but one weather day,” Carr said. “It looks like now the only option we will have will be to go on Saturdays if we miss a day.”

Coefield said days could be taken away from spring break, but he was opposed to that because of planned family vacations during that time.

“A lot of parents already have plans for spring break, so I think we would really disrupt

See CALENDAR, pg A3 vacations,” Coefield said. “I think it is easier and more simple if you are iced out on Tuesday to just make it up that next Saturday.”

Both superintendents say they would prefer for the state not to have a say on how their calendar is scheduled.

“I don’t like us being told, but at the same time, I’m not up-in-arms about it,” Coefield said.

According to both superintendents, the calendar change has been at the request of the tourism industry.

“I feel like the calendar should be left up to the local school board to decide what’s best for the school district,” Carr said. “The parameters have been drawn by the state Legislature in lieu of tourism, and I think we’ve created some issues here that we’ll probably have to deal with as the year comes up.”

According to Carr, he has been told scheduling the new calendar in the mandated way will bring more tourism revenue.

“The project said that about 11 million dollars will be gained each week that they extend the season on the coast,” Carr said.

After this year, the Legislature will recap how much money was gained and study other performance numbers from the new calendar and will then discuss if the calendar will become long term or not, according to Carr and Coefield.