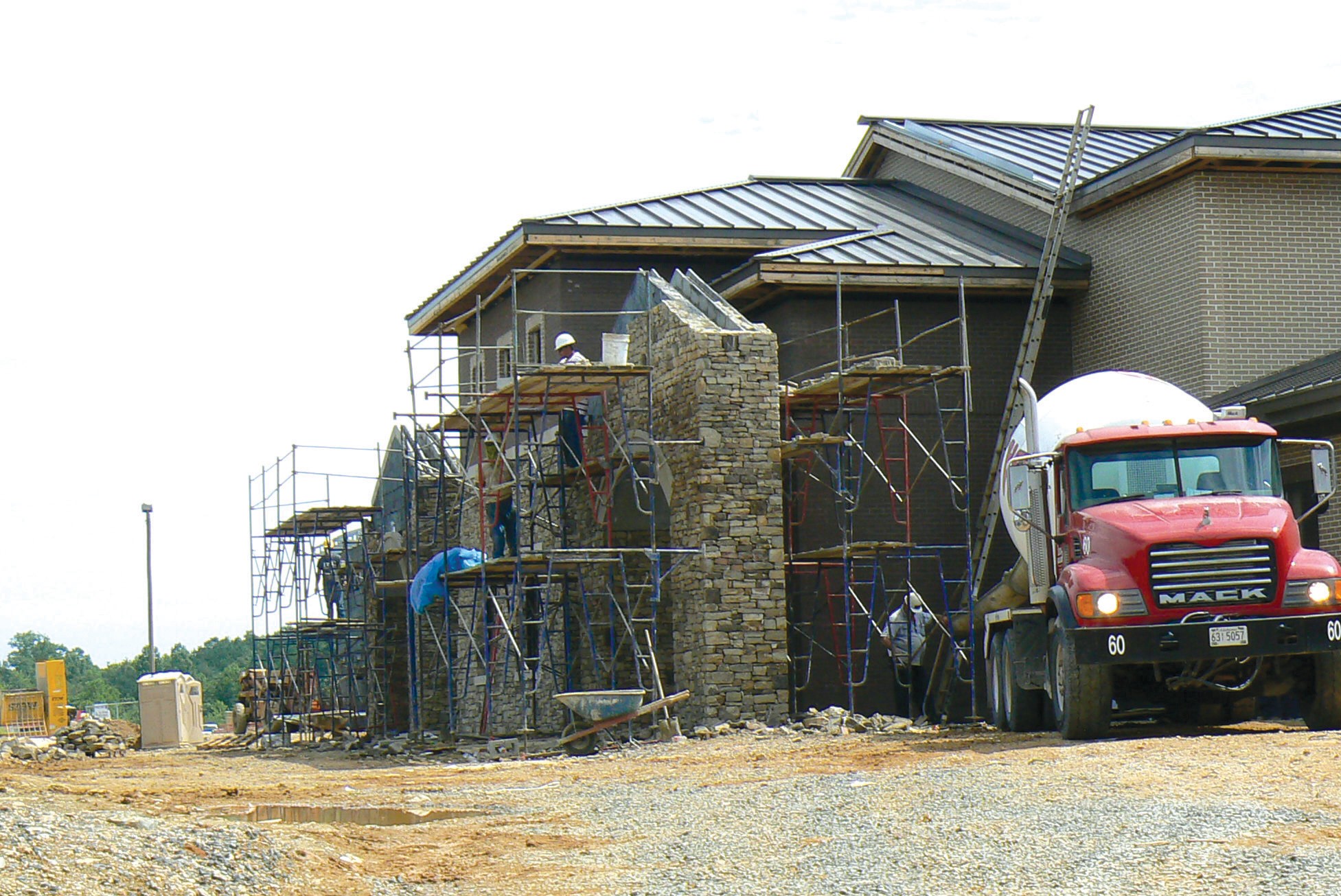 The new Southeastern High School is slowly becoming a reality. Construction continues on the new school, which is located in front of the elementary school on Ala 75.

“We have an inspection scheduled for tomorrow ( Thursday),” said Blount County Supt. Jim Carr. “If all goes well, and we believe it will, we should be ready to move in a couple of weeks later.”

The 16-classroom addition, which will also include a full-sized gymnasium, is nearing completion. A new suite of administrative offices and restrooms is included, and renovations to the lunchroom have increased the seating capacity for students. A separate high school media center will also be completed.

Construction is continuing on the gymnasium and it is hoped it will be ready in October for the start of basketball.

Clements Dean of Wilsonville is the contractor for the project.

The school was built on property the board already owned.

“The board many years ago acquired this property,” said Carr. “There is about 45 acres at Southeastern, almost all of it good, usable land. We were able to save money by using land we already own.”

Most of the money for the estimat- ed $5.5-million construction came from a $3.75-million disbursement from a bond issue made available by the federal government’s American Reinvestment and Recovery Act.

That issuance was used along with almost $2 million budgeted from the system’s state Public School and College Authority (PSCA) 2007 bond-issue funds.

“All of the money used in this project,” said Carr, “was earmarked for construction. This money could not be used for any other purpose. (Southeastern) High School has been on our capital plan for at least five years and the time was right (to build).”

School starts next Monday, Aug. 15, in the county and all students at Southeastern – grades K-9 – will attend.