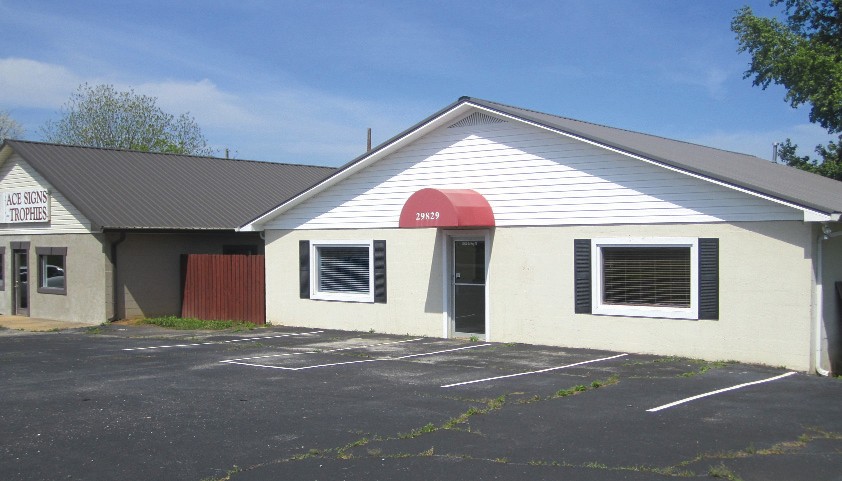 The former Cedar Reality building in Locust Fork will be rebuilt inside as a medical clinic, by a partnership including the town of Locust Fork. It should be operational by the middle to latter part of the summer. Next door, the former Ace Signs and Trophies location will be redesigned and rebuilt inside for operation as a center for local community gatherings.

The town of Locust Fork has solicited bids for the interior build-out of an existing building to be renovated as a medical clinic. The interior of the former Cedar Realty building will be finished to house laboratories, offices, patient examining rooms, and equipment rooms as needed for a medical clinic, according to Locust Fork Mayor Joseph Hughes.

“The Locust Fork area is currently medically underserved. We felt it would be a benefit to our citizens and to the surrounding area to have a clinic here,” Hughes said. He said it may especially help the fire and rescue department, which now responds to a number of medical calls in the area.

He said the clinic will be affiliated with a well-known medical provider, and a full announcement will be made later. He said the Blount County Health Care Authority has also been involved as a partner in the project.

The deadline for sealed bids to be received by the town is Tuesday, April 24. Renovation work is expected to take place during early and mid-summer.

“Based on conversations we’ve had, the clinic could be operational by the middle to latter part of the summer,” Hughes said.

The future clinic is located at 29829 on Ala 79, adjacent to the building formerly operated as Ace Signs and Trophies. That building, also owned by Locust Fork, will be renovated with a kitchen and handicapped-accessible restrooms for use as a center for family reunions, club meetings, and other community gatherings.