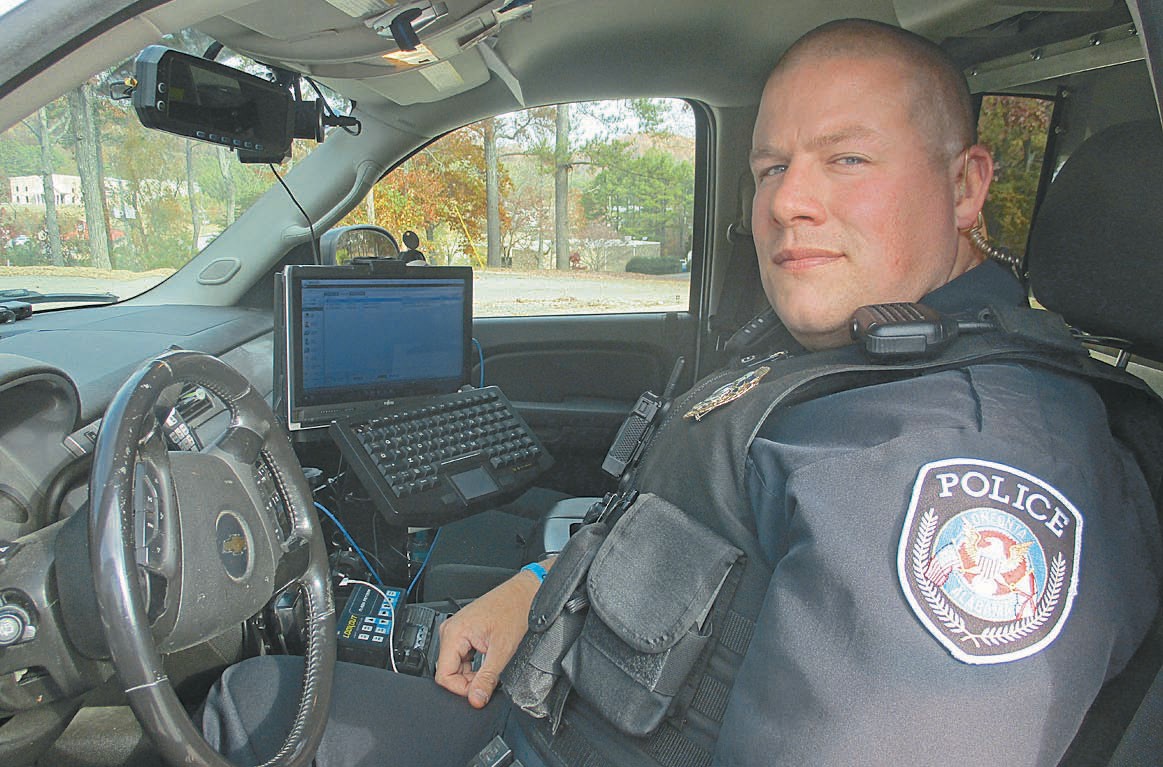 Oneonta patrolman Tommy Herd displays the first responder’s mobile component of the computer-aided dispatch system. The laptop on the passenger side of the cruiser basically duplicates and receives dispatch and mapping information from 911.

The new Computer-Aided Dispatch System is an information/communications system recently implemented by Blount County 911. It gives first responders access at a glance to the full range of information previously available in real time only to 911 dispatchers. It is limited for the present to the Blount County Sheriff’s Department, the Oneonta Police Department, and other police departments in county municipalities 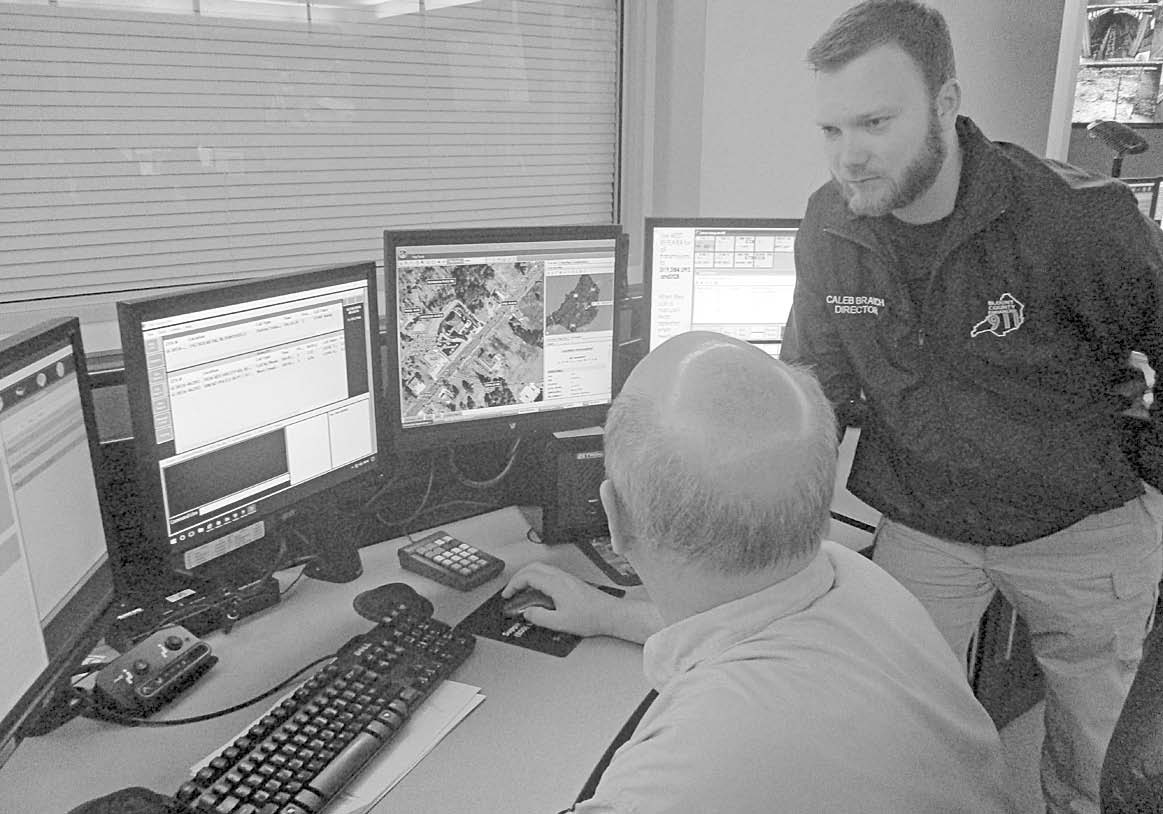 It provides immediate access to details they previously might have gotten verbally over the radio dispatch system, but now they can access it almost instantaneously in real time without the occasional delays, confusion, and possible oversights that can occur on a busy and sometimes noisy radio system.

The system consists of three major parts, explained 911 director Caleb Branch, who was responsible for select- ing and implementing the system.

(1) the actual dispatch system, a computer screen in the 911 Center containing complete details of the location to which an officer is sent: name, address, nature of problem or situation; additional details on “what’s going on” there that the dispatcher may have picked up on the incoming call for assistance; history of prior calls to same address, with description of problem and outcome; changes in status while the officer is en route; and other relevant situational information, such as hazards that may exist at the address or along the way.

(2) an integrated map screen in the 911 Center, showing aerial and street views of the address in question, location of all other units in the area, pertinent access information, and routing information to the site.

(3) a mobile computer response system consisting of a laptop computer mounted on the responding unit’s dash that basically duplicates and receives information appearing in the 911 Center on the two screens described above. It also provides for a real-time search of arrest warrants in effect.

The system went live less than a month ago. While it serves all law enforcement agencies in the county currently, Branch said the system has the capability to expand to all rescue and volunteer fire departments in the county when they are able to fund purchase of the mobile response equipment needed for their vehicles.

“The outstanding thing about this Southern Software System is that it serves first responders county wide. There are other similar systems developed for individual departments, but this one is unusual in the it serves the whole county,” Branch said.

Branch said the total cost of the system was $98,000 for the 911 portion of the system, plus $50,000 for the law enforcement components. The Blount County Sheriff’s Department and the Oneonta Police Department shared that cost 50/50. All other police departments in the county have access to it, too.

“It was time for a software upgrade in the 911 Center anyway, and we wanted to add more functionality to what we could do at the same time,” Branch said. “We ended up with an excellent countywide system and superb customer service at a very good price,” he said, adding that other comparable systems cost in the range of $250,000 to $300,000.

“And we get free software upgrades to boot,” he enthused.

Herd, who has shaken down the system in his patrol car for about three weeks, said it works for him. “It is absolutely effective,” he said. “I love it. As far as something to really help us do the job, this is the most beneficial thing we’ve gotten in a long time.”

Oneonta police Chief James Chapman commented: “We’ve been on board since 911 started the search to upgrade the dispatch system. This Southern Software System will put us ahead of the curve. It was needed. We’ve not even realized all the ways it will improve things yet, but we’ve had enough exposure so far to know that it definitely will. It takes a lot of the chatter that goes with emergencies off the air waves. It’s going to allow patrol officers to deal with non-emergency, routine calls on their own, and there are a lot of those.

“It has some advantages as an administrative tool, too, just keeping up with what’s going on out on the road, where all the units are, and things like that.”